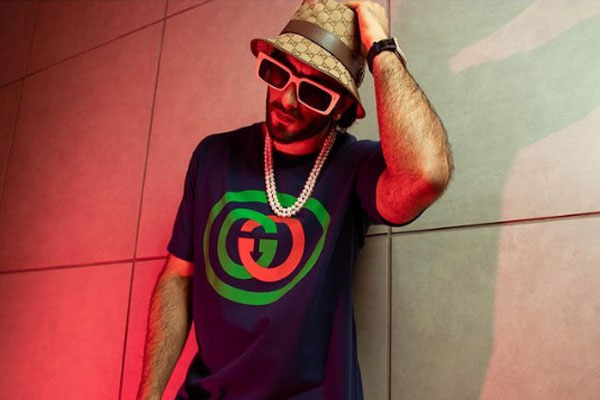 Spitfire, whose real name is Nitin Mishra, was dubbed as a prodigy for the incredible lyrics of the song, Asli Hip Hop.

“Nitin AKA Spitfire is a lyrical prodigy. He is a large part of the reason everybody tuned into Gully Boy during its first promo when he wrote Asli Hip Hop. He is the one who wrote Murad’s part in all of the rap battles,” said Ranveer, referring to his character of Murad in the film, a youngster from the slums who goes on to become a hip-hop star.

Ranveer added: “When his matchless raw talent and pure passion revealed itself to me, it became a large part of the reason I even wanted to participate in the business in the first place.”

“This new EP features one of my favourite tracks so far, Zalzala (a track from the EP). When I am in the gym it gets me hyped and pumped up. When I hear Sangeet and Afterparty (other tracks from the EP) they transport me into an elevated spiritual space and put me in a deep, thoughtful, reflective frame of mind,” Ranveer said.

The EP speaks of the rapper’s versatility, fearlessness and beautiful spirit, says Ranveer.

“Partein is a demonstration of skill and maturity. Tune in and hear your heart out. I can’t wait for his next evolution,” he added.

Ranveer has founded the independent record label IncInk with Navzar Eranee. Spitfire is managed by the label.