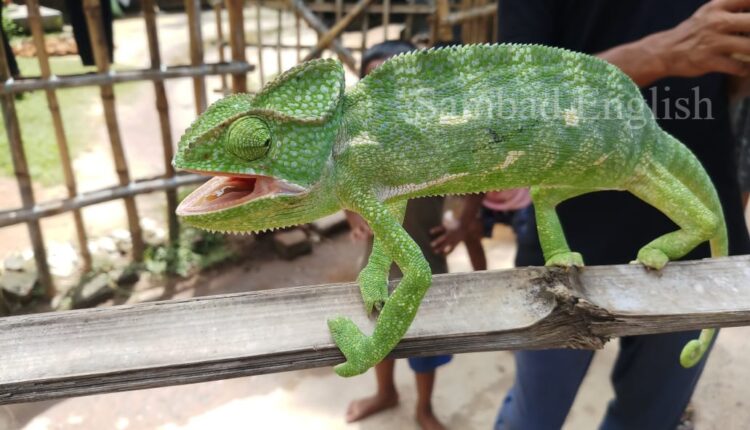 Jajpur: A rare species of chameleon has been rescued from Gobindapur village under Basudebpur Gram Panchayat in Jajpur district of Odisha.

The chameleon was spotted by some members of a youth club near a river embankment at the village today.

According to reports, the club members observed that the chameleon was changing its body colour at different places. Out of curiosity, they caught the chameleon and informed to the forest department.

“On the tree, the chameleon changed its colour to green. Similarly, it appeared brown on the ground and black on the floor,” one of the villagers said.

Following rescue, the villagers handed it to the forest department.