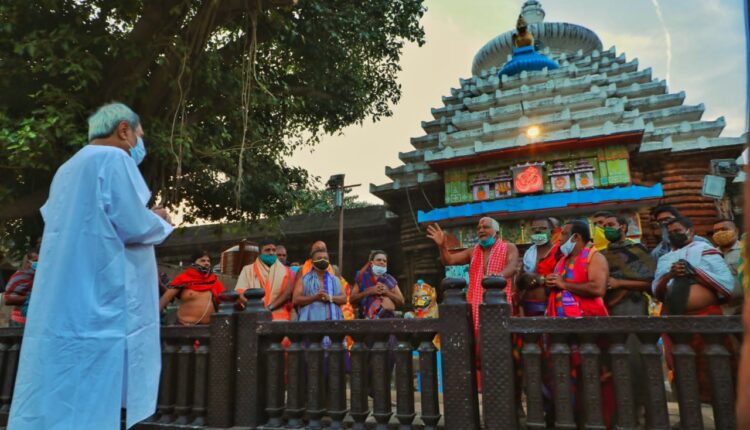 Bhubaneswar: Often criticized for his lack of knowledge in Odia, the five-time Chief Minister of Odisha Naveen Patnaik invalidated the popular belief when he spoke to the servitors of the Lingaraj temple fluently during his visit here today.

The Biju Janata Dal (BJD) supremo struck a conversation with the servitors of the famous 12th century shrine in front of the temple during his visit to take stock of the plan and progress of the beautification of the Ekamrakshetra.

Naveen: “Karibi, Karibi… Pakka karibi.” (Will surely do it)

While speaking to reporters, Naveen said: “Firstly, I would like to express my gratitude to all the people who have contributed land for the Lingaraj temple project. Secondly, I am very pleased to see how the work is progressing here. Soon, there will be a special Act for the Lingaraj mandir like we have for the Srimandir at Puri.”

Patnaik further said that the beautification in and around the Hindu shrine will draw a lot of pilgrims and tourists.