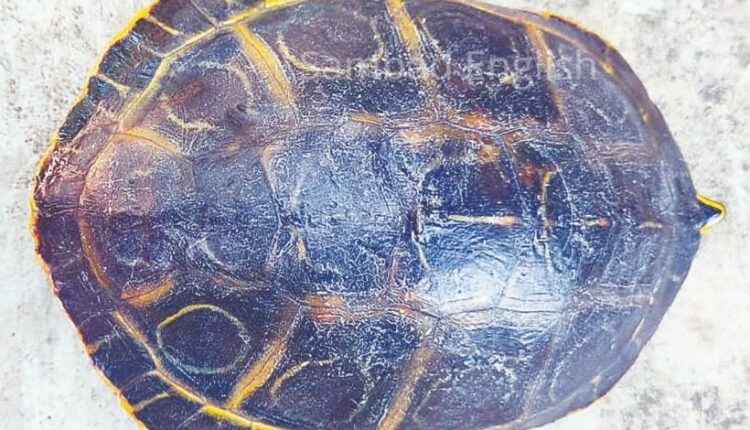 According to reports, one Ajay Behera of the village was working at his farmland when he spotted the animal. On being informed, local DFO Biswaraj Panda reached the place and identified it as an Indian Eyed Turtle.

The turtle will be kept at the Nandankanan Zoological Park in Bhubaneswar, sources said.

Earlier in July this year, a rare yellow turtle was rescued from farmland at Sajanpur village under Soro police limits in the district.