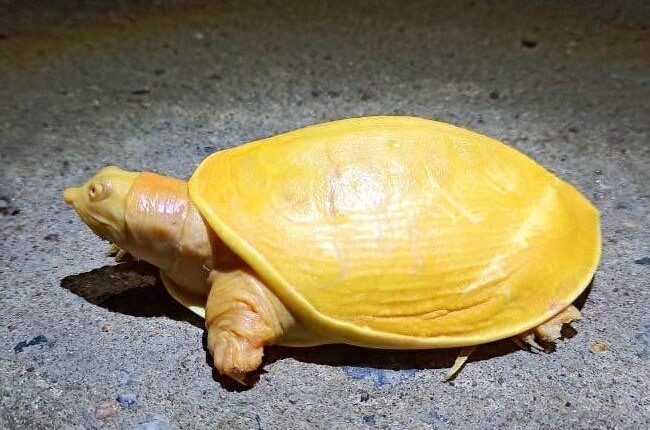 Balasore: A rare yellow turtle was found in Balasore district of Odisha on Sunday. The locals rescued the reptile from a farmland at Sajanpur village under Soro police limits and handed over to forest department.

Indian Forest Services (IFS) officer Susanta Nanda shared a video of the rare turtle swimming in water inside a vessel.

Taking to microblogging site Twitter, he mentioned the turtle as an ‘albino’.

“Most probably it was an albino. One such aberration was recorded by locals in Sindh few years back,” Nanda tweeted today.

Most probably it was an albino. One such aberration was recorded by locals in Sindh few years back. pic.twitter.com/ZHAN8bVccU

Describing more about inherited condition of the reptile species, he took a close snap shot of the turtle and tweeted, “Close snap of the same. Mark the pink eyes, one indicative feature of albinism.

In March this year, a rare albino turtle was found at the Rushikulya River mouth on Podampeta beach in Ganjam district during mass nesting of olive ridleys.

Albino turtle is an extremely rare species. The colour of its eyes and body appears pink. It weighs upto 50 kg.

However, the turtle found in Balasore district appears completely canary yellow in colour.