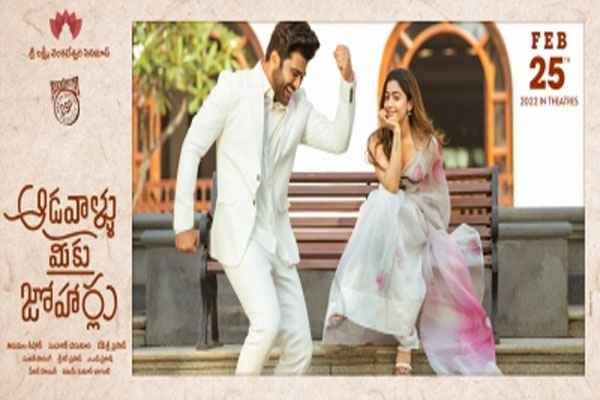 Sources close to the unit of the film say that shooting of the wholesome family entertainer, being produced by Sudhakar Cherukuri’s Sri Lakshmi Venkateswara Cinemas, has been wrapped up and that only a song remains to be shot.

The filming of this song will begin soon, sources said adding that the film will be women-centric.

Apart from Rashmika and Sharwanand, who plays a guy next door kind of role in the film, the film will also feature Khushbu, Radhika Sarathkumar and Urvashi in important roles in the film.

Devi Sri Prasad is scoring the music for the film, which will have visuals by cinematographer Sujith Sarang. National award winning editor Sreekar Prasad is in charge of editing.