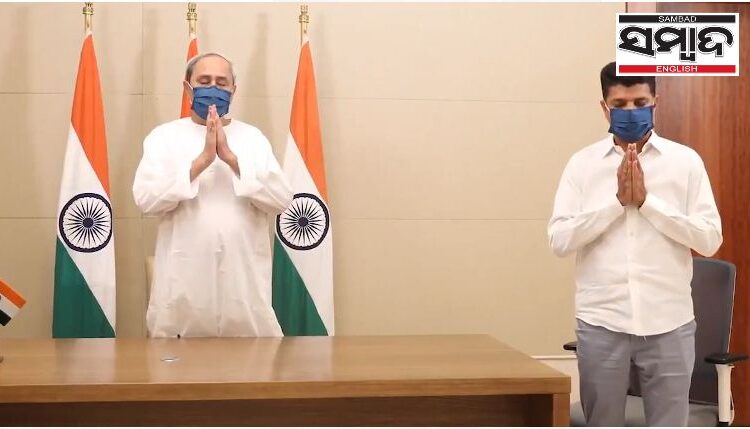 Bhubaneswar: As the Puri district administration clamped Section 144 in Puri town to prevent public congregation during the Ratha Jatra this year, Odisha Chief Minister Naveen Patnaik paid obeisance to Lord Jagannatha and His siblings while watching live telecast of the chariot festival today.

When the chariot puling of Lord Jagannatha, sister Devi Subhadra and elder brother Lord Balabhadra began, the Chief Minister and his Private Secretary stood up from their seats and prayed to the deities with folded hands.

The live telecast of the chariot festival was done by Doordarshan.
Like last year, the Ratha Jatra was conducted sans devotees in 2021 as well in view of the Covid disease.

The Odisha government has not allowed the Ratha Jatra elsewhere in the State except at the Shree Jagannatha Temple in Puri.

In order to prohibit public gatherings, the district administration has ordered a 48-hour curfew in the Puri town since 8 PM yesterday.

This year, police personnel and officials were not allowed to participate in the chariot pulling. Only Servitors pulled the three chariots up to the Gundicha Temple.

There was also a ban on people paying darshan on the terrace of buildings along the ‘Bada Danda’ (Grand Road).