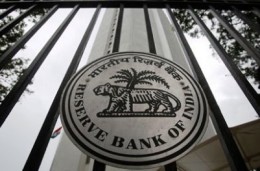 Mumbai: In the wake of confusing media reports about linking Unique Identification Authority of India-issued Aadhaar number to bank accounts, the Reserve Bank of India on Saturday clarified that linking of Aadhaar to bank account is mandatory under the Prevention of Money-Laundering (Maintenance of Records).

The Reserve Bank clarifies that, in applicable cases, linkage of Aadhaar number to bank account is mandatory under the Prevention of Money-laundering (Maintenance of Records) Second Amendment Rules, 2017 published in the Official Gazette on June 1, 2017.

These Rules have statutory force and, as such, banks have to implement them without awaiting further instructions.

The clarification comes after some news items have appeared in a section of the media quoting a reply to a Right to Information Act application that Aadhaar number linkage with bank accounts is not mandatory.

Notably, the government has made it mandatory to link bank accounts with the 12-digit biometric identification number. The deadline to do it is December 31, 2017.