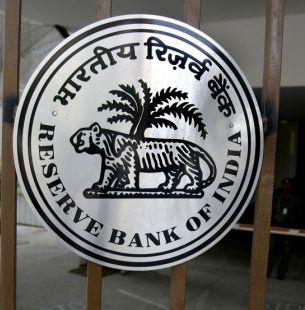 However, the central bank eased liquidity constraints, and also lowered the country’s growth projection due to the implementation of the Goods & Services Tax and loss of consumer and business confidence.

According to the Reserve Bank of India’s fourth bi-monthly monetary policy review of 2017-18, the repurchase rate, or the short-term lending rate for commercial banks on loans taken from it, has been maintained at 6 percent.

Consequent to the decision to maintain the repo rate, the reverse repo rate remained at 5.75 percent.

“The decision of the MPC (Monetary Policy Committee) is consistent with a neutral stance of monetary policy in consonance with the objective of achieving the medium-term target for Consumer Price Index (CPI) inflation of 4 percent… while supporting growth,” the fourth bi-monthly monetary policy statement said.

The decision was taken by the six-member MPC headed by RBI Governor Urjit R. Patel. Five members of the panel voted in favor of maintaining the key lending rate.

The six-member MPC is equally divided amongst government nominees and the RBI.

At its last policy review in August, the central bank had reduced its repo rate by 25 basis points (bps) to 6 percent from 6.25 percent.

“The MPC observed that CPI inflation has risen by around two percentage points since its last meeting… Such juxtaposition of risks to inflation needs to be carefully managed. Although the domestic food price outlook remains largely stable, generalized momentum is building in prices of items excluding food, especially emanating from crude oil. The possibility of fiscal slippages may add to this momentum in the future,” the statement said.

“The MPC also acknowledged the likelihood of the output gap widening but requires more data to better ascertain the transient versus sustained headwinds in the recent growth prints. Accordingly, the MPC decided to keep the policy rate unchanged. The MPC also decided to keep the policy stance neutral and monitor incoming data closely. The MPC remains committed to keeping headline inflation close to 4 percent on a durable basis.”

However, to induce liquidity into the system, the RBI reduced the Statutory Liquidity Ratio (SLR) — a reserve requirement that commercial banks must maintain — by 50 basis points to 19.5 percent from October 15.

Taking into account various factors during the fiscal, the RBI said: “The projection of real GVA growth for 2017-18 has been revised down to 6.7 percent from the August 2017 projection of 7.3 percent, with risks evenly balanced.”

The equity markets, which had already discounted any further reduction in key lending rates, made substantial gains as RBI reduced the SLR which created a healthy demand for the banking stocks.

The key indices also rose on the back of positive global cues and value buying.