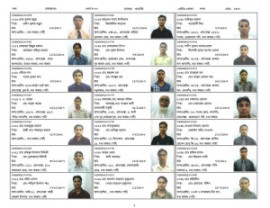 If you missed the opportunity to make changes in the electoral roll and intend to rectify the errors, then contact booth level officers in your locality on October 9 across Odisha.

In order to ensure error-free electoral roll of the current year, the Election Commission of India has directed chief electoral officers (CEOs) of all states to complete the special summary revision programme by January 1 next year, so that the final draft electoral of the year 2017 will be published on January 5.

With regard to this, CEO, Odisha, DN Gupta has already published the draft electoral rolls on September 15.

I appeal all the citizens to take the advantages of any rectification. Apart from this, voters can contact for further query to the sub collector office who has been designated as Electoral Registration Officer, he expressed.