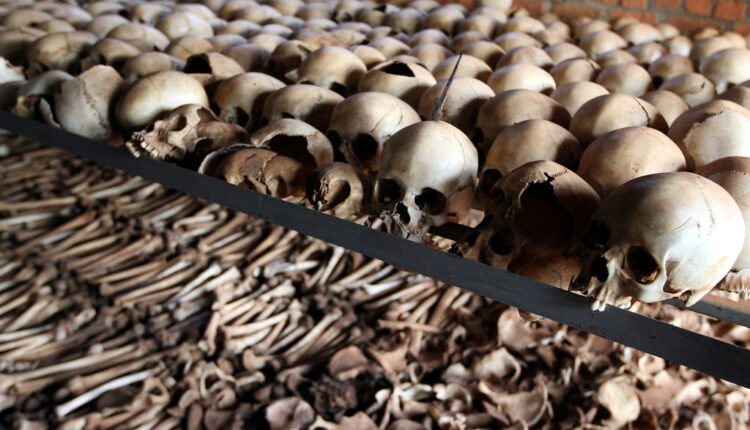 Kigali: The remains of 5,269 victims of the 1994 Rwandan genocide against the Tutsi were given a decent burial Saturday at the Kiziguro Genocide Memorial in Kiziguro sector, Gatsibo district.

The remains were retrieved from a mass grave in Kiziguro sector last year after several genocide survivors provided information on the whereabouts, reports Xinhua news agency.

“It is quite disturbing to see that many years later after the genocide, we are still retrieving the remains of genocide victims and giving them decent burial,” Jean-Damascene Bizimana, executive secretary of the National Commission for the Fight against Genocide (CNLG), said at the burial event on Saturday.

“People with any information about mass graves should come out and inform local leaders within their respective communities so that all genocide victims’ remains receive dignified burial,” said Bizimana.

The burial ceremony was attended by local residents, government officials and families of the victims.

Speaking at the ceremony, Emmanuel Gasana, governor of eastern province, decried the reluctance of genocide perpetrators to reveal information on where they dumped bodies of their victims during the genocide.

He said that genocide survivors who have not had a chance to retrieve the remains of their loved ones are eagerly waiting to know where their bodies were dumped during the genocide so that they receive a befitting send-off.

Gasana appealed to the public to volunteer information that may lead to similar exhumations so that remains of genocide victims can receive decent send-off.

According to him, about 20,123 genocide victims are buried at Kiziguro Genocide Memorial.

This year marks the 27th anniversary of the 1994 genocide against the Tutsi, in which more than one million people, mainly ethnic Tutsis, were killed.