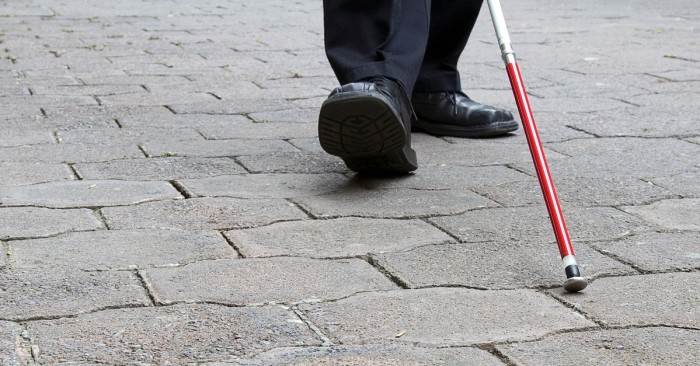 New York: Researchers are exploring insights into the ability of visually impaired people to use echoes from a cane or other sounds to navigate safely — known as echolocation — to help people who lose eyesight later in life.

But for individuals who become visually impaired later in life, a training in echolocation can help them to move through the world with greater independence and safety.

“Eventually, I hope the research can give a result that can aid blind and visually impaired people,” said Bo Schenkman, an associate professor with the KTH Royal Institute of Technology, Stockholm.

The study showed that blind people not only use the pitch and loudness of echoes, but they also use the timbre — perceived quality of sound — especially the sharpness aspects of timbre.

Further, visually impaired people were found to be better than sighted individuals at perceiving the sound quality of two sounds that are close together in time, the researchers said.

The findings will be presented at the ongoing Acoustics ’17 — the joint meeting of the Acoustical Society of America and the European Acoustics Association in Boston.

Human echolocation was also found to share some similarities with animal echolocation, though people use the skill to compensate for their sight, rather than as an additional sense.

For both humans and bats, there is an ideal interval to emit sounds to most effectively echolocate. Humans, however, listen for the sound as well as its echo, while most bats seem to rely on just the echo.

“I think one can learn much from differences between humans and bats, to compare how the systems work,” Schenkman added.

Research into echolocation can inform training which helps people who are blind or visually impaired to navigate their environment. (IANS)