Bhubaneswar: In a reshuffle in State unit of Congress, the All India Congress Committee (AICC) today approved a proposal of appointment of presidents for the districts and cities in Odisha with immediate effect.

Similarly Sanjiv Giri and Natabar Barik have been appointed as the party presidents of Balasore and Jagatsinghpur districts respectively ahead of upcoming bye-elections to Balasore and Tirtol Assembly seats.

Here’s complete list of district/city presidents of Congress in Odisha: 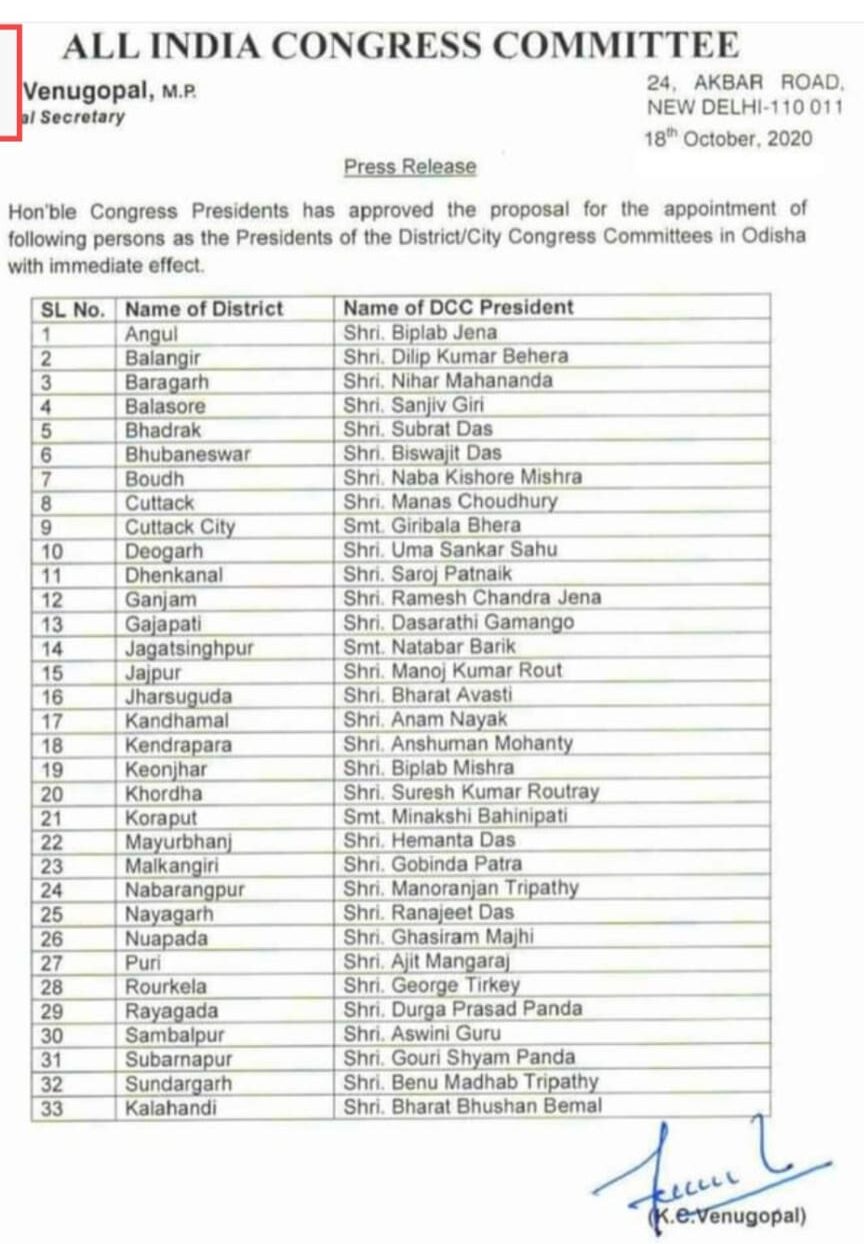