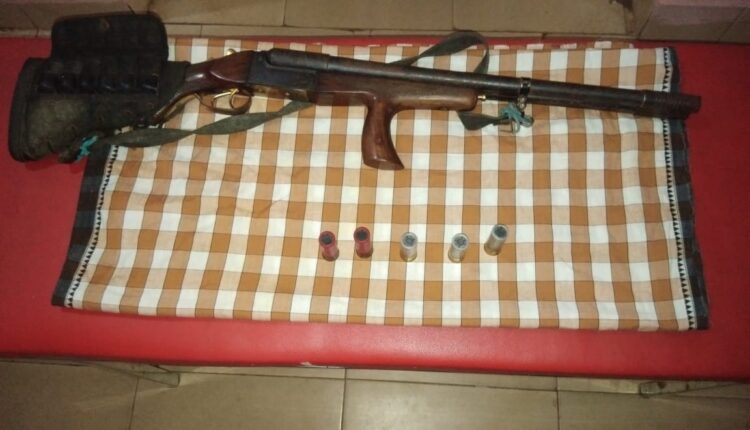 Bhubaneswar: A day after an ex-serviceman here opened fire at his neighbour leaving him critically injured, the Commissionerate Police today arrested accused Ashwini Rout and forwarded him to judicial custody today.

The cops also seized the weapon of offence (a DBBL 12 Bore Gun) and four ammunition from his possession. Further investigation into the case is on, said an official statement issued by  the  Additional DCP of Bhubaneswar.

The police had begun investigation after victim Kunja Bihari Behera (55) of Bharatpur Basti lodged a written complaint at Khandagiri police station yesterday alleging that Ashwini, a retired Army official, opened fire at him at around 7 PM the same day following an altercation between them.

During investigation, it came to the light that Ashwini abuses Basti people in filthy language and often threatens them brandishing his gun. Yesterday, he abused the complainant’s wife using slang. When Kunja Bihari protested, the ex-serviceman got annoyed and opened fire at him from his service gun. Kunja Bihari sustained  injuries as the bullet hit his left arm and was later admitted to Capital Hospital here.