Return of Taliban deals a body blow to Afghanistan cricket 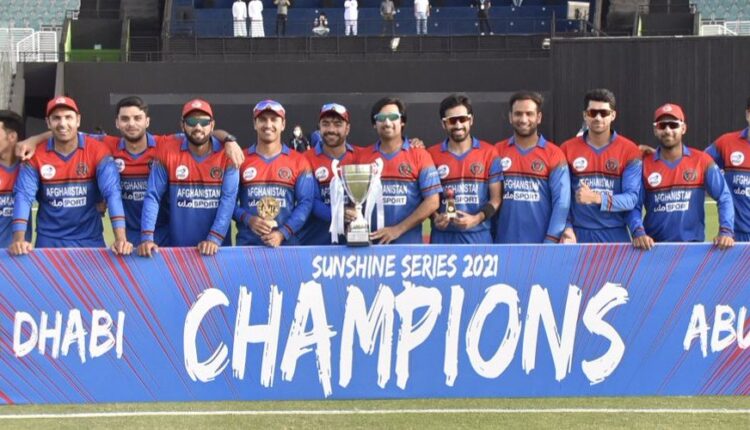 New Delhi, Aug 17: Over the last few days, Rashid Khan, one of the biggest names in Afghanistan cricket and also its biggest export to the dozens of T20 leagues worldwide, has been going about his business at The Hundred men’s competition in England.

Playing for Trent Rockets on Sunday, the 22-year-old leg spinner took three wickets to become the joint highest wicket-taker in the tournament. However, the customary celebrations of twirling finger, fist pumping and jumping with joy after taking a wicket have been missing for long. It is difficult to do that when your home is under fire with family and friends running for protection from the Taliban fighters who have now taken control of Afghanistan.

“Dear world leaders! My country is in chaos, thousand of innocent people, including children & women, get martyred every day, houses & properties being destructed. Thousand families displaced.. Don’t leave us in chaos. Stop killing Afghans & destroying Afghanistan. We want peace,” Rashid had tweeted last Tuesday with the folded hands emoji. He followed it up with another tweet on Sunday, asking for “peace” in the country while continuing to fulfill his professional obligations.

“He can’t get his family out of Afghanistan and there’s a lot of things happening for him… For him to turn up and put on a performance like this under the pressure that he is currently under, for him to be able to forget that stuff and navigate his story and continue the momentum that he has – I think that’s probably one of the most heart-warming stories of this Hundred so far,” former England cricketer Kevin

Pietersen, who is doing the commentary duties in tournament, told Sky Sports.

While the Afghan cricket board and some former players insist that Taliban loves cricket and will not hamper cricketing activities or harm cricketers or their families, there is absolutely no guarantee on how things will shape up in the coming weeks. Afghanistan is currently at the seventh spot in the ICC T20I rankings, ahead of Sri Lanka, the West Indies and Bangladesh.

Perhaps, more worrisome is the thought of what the future holds for the women athletes of the country.

In a country where girls have been targeted for attending the school and their participation in any kind of outdoor sporting activity considered as a social stigma, the return of violent extremism will pose unimaginable challenges.

Founded in 2011, Afghanistan’s women’s national football team has struggled for survival but was still seen as a symbol of breaking stereotypes and spreading the message of equality and freedom. Their gradual rise also encouraged players to report incidents of physical, mental and sexual abuse in spite of the dreadful circumstances in their country.

In July 2020, the Adjudicatory Chamber of the FIFA Ethics Committee had found Keramuddin Karim, the President of the Afghanistan Football Federation (AFF), guilty of abusing his position and sexually abusing various female players.

And, just as the winds of change were blowing for Afghan women sportspersons, they find themselves in a situation now where they can be pushed back to the dark period once again.

“Painful to see the dreams and hopes of Afghanistan women & girls are fading again. It’s painful to witness that they are not allowed to dream again. They are stopped from dreaming,” tweeted Khalida Popal, a former captain of the Afghanistan women’s football team who had fled her country and sought asylum in Denmark five years ago.

Wearing hoodie-style hijabs which were unveiled as a part of its jersey in 2016, the Afghan women players were expected to set the ball rolling and conquer new frontiers. Now, it is the Sharia law and not soccer, which everyone is discussing.

“Afghanistan is bleeding once again and this time it’s bleeding damn hard. It’s too much pain to take in, it’s heart breaking to witness the result of all the years of hard work and sacrifices fades away. My girls are too scared of going to school, or play soccer. No more hope for peace,” Popal had said last month anticipating the complete takeover of Afghanistan by the Taliban regime.

As Afghans continue to flee their country, those who are left behind, including many women athletes, are busy deactivating their handles and profiles on social media in a desperate attempt to save themselves from incurring the Taliban’s wrath.

It is after all, a matter of survival and not the last wicket taken or the last goal scored for your country right now.