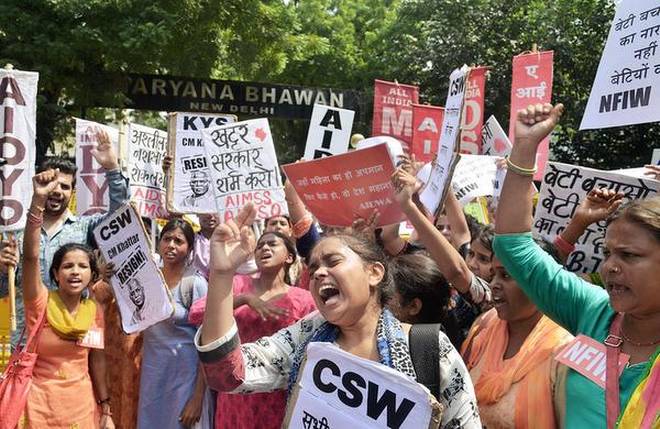 Bhubaneswar: One more Army man, Navin alias Nikku, involved in the much sensational Rewari gang rape case has been arrested from Ganjam in Odisha, police said today. He is the fourth accused in the case.

According to sourcers, a special team of the Haryana police arrested Nikku from an army training centre in Gopalpur of Ganjam district.

He had joined the army six months ago and was undergoing training at Army Air Defence (AAD) training centre at Gopalpur.

He was produced before the duty magistrate where he was ordered to be sent to police remand for 10 days.

Navin was present near the tube well where the crime was committed and was on leave from training when the gang rape took place.

Earlier, the Special Investigation Team (SIT) had arrested prime accused Nishu, Army jawan Pankaj and his friend Manish on September 23 in connection with the case.

On September 12, Nishu, along with Pankaj and Manish, allegedly abducted, drugged and gang-raped the 19-year-old girl when she was on her way to coaching classes at Mahendergarh’s Kanina in Haryana.