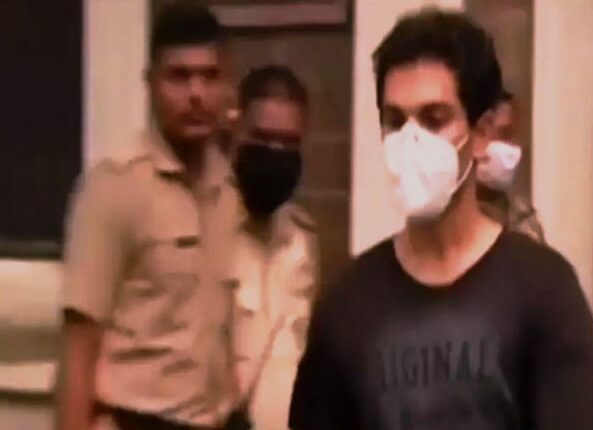 Mumbai: It’s now a matter of time. The Narcotics Control Board (NCB) is going to formally arrest Rhea Chakraborty’s brother Showik and one more person in narcotics case linked to death of Sushant Singh Rajput.

The NCB said that they will be arresting Showik and Samuel in few hours and formal process was underway.

The premier investigating agency will be arresting Showik and Sushant Singh Rajput’s house manager Samuel Miranda in drug case. They will be produced before a court tomorrow following arrest late this night.

The arrests will precede raids on the duo’s house earlier in the day. The NCB also seized a laptop and diary of Showik. Following this, they were subjected to further rounds of intense questioning at their Mumbai office.

The two are being accused of procuring and dealing in contrabands and have been arrested under relevant provisions of Narcotic Drugs and Psychotropic Substances (NDPS) Act, 1985. Earlier, two alleged drug peddlers Abdul Basit Parihar and Zaid Vilatra were taken into custody for interrogation in the case.

The NCB registered a case against Rhea, her brother Showik, talent manager Jaya Saha, Shruti Modi, and Goa-based hotelier Gaurav Arya under Sections 20 (b), 28, and 29 of the NDPS Act.

Currently, three agencies – CBI, NCB and Enforcement Directorate – are probing from various angles the death of Bollywood actor Sushant Singh Rajput who was found dead in his residence in Bandra on June 14.

Rajput’s father KK Singh had filed an FIR with Patna police alleging his son was murdered. Singh had also alleged Rhea of fraudulently transferring Rs 15 crore from late actor’s account. Besides, allegations were also leveled that SSR was given psychotropic substances to treat bipolar disorders and depression.

Odisha to set up Bulk Drug Park at Gopalpur

India will have 51.6 crore vaccine doses by end of July: Health Min