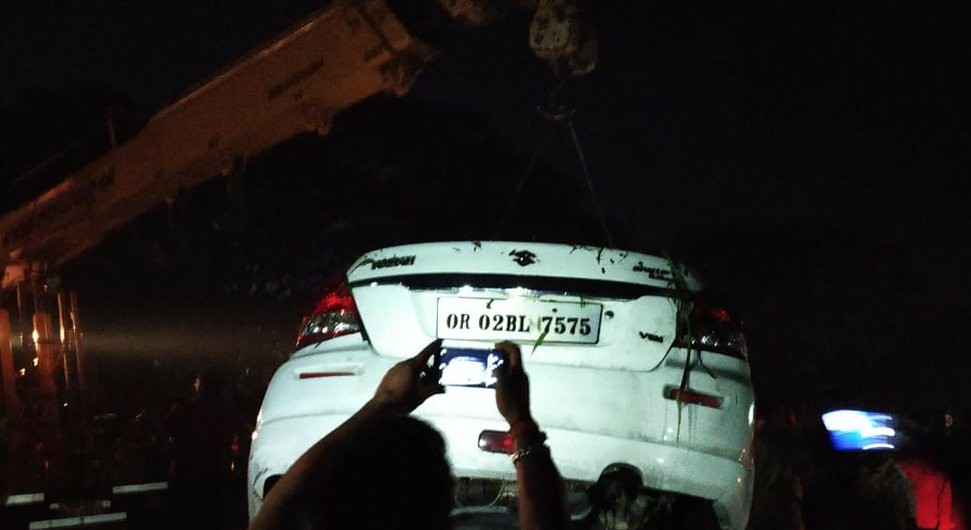 Bhubaneswar: A head-on collision between a bike and a car near Uttara Chhak on the outskirts of Bhubaneswar killed 6 persons, including a minor girl and three women, today.

According to reports, the accident took place at around 10.30 pm on Bhubaneswar-Puri NH when the ill-fated motorcycle, whose movement was towards the wrong side of the road, collided head-on with a car.

While a married couple travelling on the bike died on the spot, the car carrying four persons including the minor girl fell into a roadside canal killing them on the spot too.