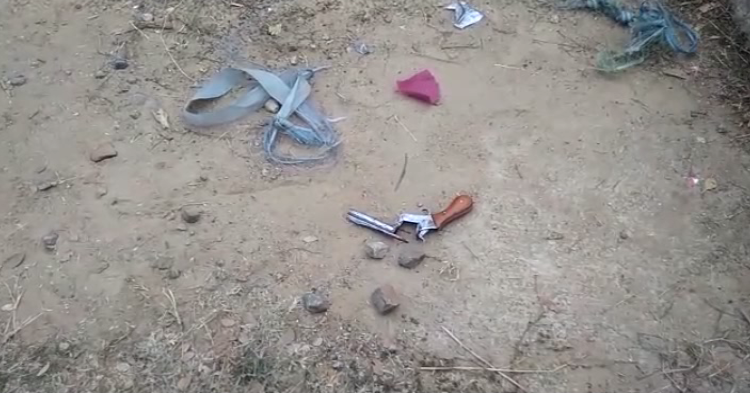 Bhawanipatna:  In a tragic incident, a youth was killed while his father suffered grievous injures after three armed miscreants attacked them and later looted Rs 6 lakh cash from them at Borguda village in Junagarh of Kalahandi district last evening.

The deceased has been identified as Balabhadra Nayak.

Sources said Balabhadra and his father Kheti Nayak were returning to their house after withdrawing Rs 6 lakh cash from a private bank in Bhawanipatna. Midway, three bike-borne miscreants came on a bike and intercepted them near a forest at Borguda. They later attacked the duo with an iron rod injuring both of them critically. The hooligans had also allegedly opened fire during the confrontation before decamping with the cash.

Soon after, both the father and son were rescued and admitted to Junagarh Community Health Centre (CHC) in a serious condition. The two were again shifted to Burla Hospital after their condition deteriorated. Later, the son succumbed while undergoing treatment.

“While returning back to the village from the bank, three miscreants followed us and attacked us with an iron rod near the jungle. They also opened fired though the bullet did not hit us. The looters later decamped with Rs 6 lakh cash,” said the injured father.

Meanwhile, a case has been registered at Junagarh police station. The police have seized a gun from the spot and launched a manhunt to nab the culprits.