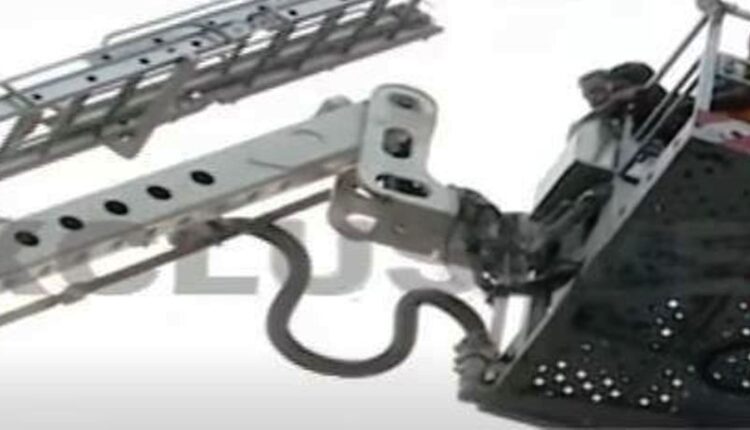 Though police and Fire Services personnel had earlier tried to persuade him to descend from the hoarding, but in vain.

The Fire Services personnel eventually reached near Biswal, who was sitting atop the hoarding, and rescued him after a four-hour-long operation. He was brought down with the help of a fire truck ladder.

He was immediately taken to the Capital Hospital for a health check-up.

“The fight will continue till fulfilment of promises made by the CM. If arrested, I will resort to fast-unto-death in jail,” said Biswal after being rescued.

Biswal had walked all the way from Rourkela to Bhubaneswar to meet Chief Minister Naveen Patnaik over non-completion of various projects in the steel city.

Unable to meet the CM despite trying for several days, Biswal today took the extreme step as he staged protest by climbing atop the hoarding.

He also threatened to set himself on fire by pouring petrol on him.

Notably, Biswal had met the Chief Minister in 2018, during which the latter assured him of completion of the projects.

“I want to meet the CM and ask as to why the projects are yet to be completed. The Chief Minister had promised regarding construction of a barrage on Koel river, a ring road along a canal and cold storage. But he forgot his promise,” Biswal had earlier said.