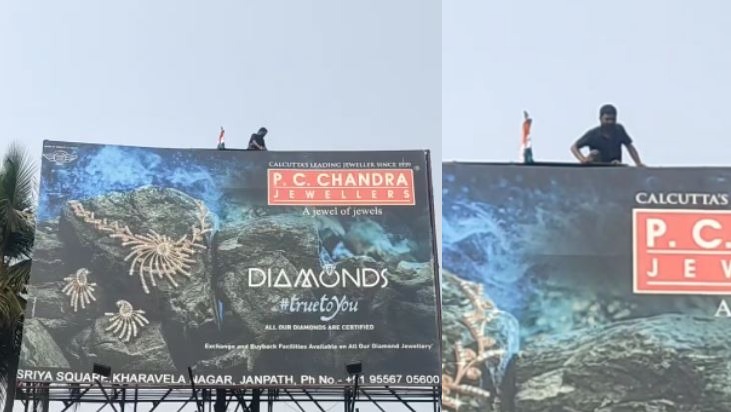 Bhubaneswar: Social activist Muktikant Biswal of Rourkela climbed atop an advertisement hoarding at Sishu Bhawan Square in Odisha capital today and threatened to die by suicide.

According to reports, Biswal had walked all the way from Rourkela to Bhubaneswar to meet Chief Minister Naveen Patnaik over non-completion of various projects in the steel city.

Unable to meet the CM despite trying for several days, Biswal today took the extreme step as he staged protest by climbing atop the hoarding.

He also threatened to set himself on fire by pouring petrol on him.

On being informed, police and Fire Services personnel rushed to the spot and tried to persuade him to descend from the hoarding.