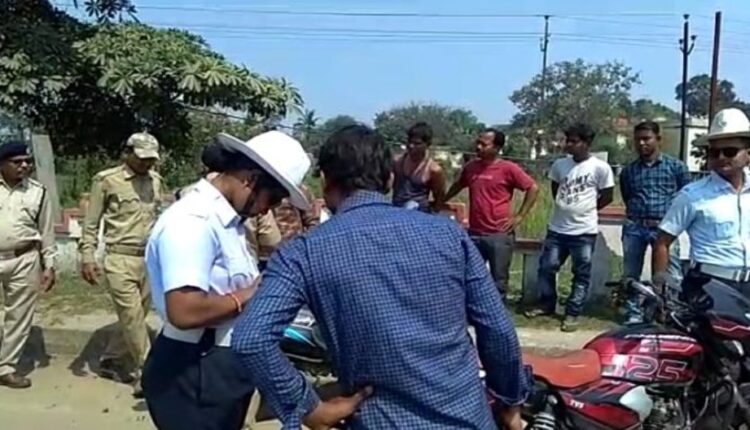 Bhubaneswar: The Twin City Commissionerate of Police collected a whopping Rs 11.83 crore from traffic rule violators in Odisha Capital during last eight months this year. This was informed by Minister of State (Home) Dibya Shankar Mishra in the State Assembly today.

Replying to a query, Mishra said a total of Rs 11,83,65,700 fine was accrued from the traffic rule violators in Bhubaneswar urban police district (UPD) and Rs 1,12,63,500 fine in Cuttack UPD during last eight months till August 2021.

As many as Rs 3.18 lakh and Rs 5,34,100 fine collection were done from people for not wearing mask in Bhubaneswar UPD and Cutatck UPD respectively, he added.

BJD’s Cuttack-Choudwar MLA Souvic Biswal sought a reply from Chief Minister Naveen Patnaik in the House on the amount of fine collected in the twin city from traffic violators and people who were not wearing masks till August 2021 as well as in last year.

No paediatric Covid patient on ventilator support in Odisha