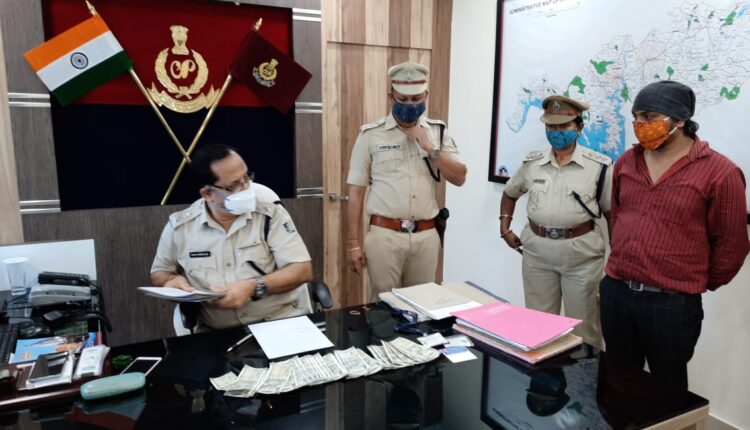 Jharsuguda: The Brajrajnagar police have arrested a Railways employee and seized fake currency notes of Rs 57,000 face value from his possession.

The accused has been identified as Raman Kumar Rajak (32), a resident of Brajrajnagar town and posted at Brajrajnagar railway station. He hails from Shahdol in Madhya Pradesh.

Acting on a tip-off regarding the counterfeit currency notes, a police team raided his rented house last night. The cops seized a bag containing 114 fake notes in denomination of Rs 500.

The accused said he got the notes from one of his relatives residing in Durg after paying Rs 20,000. He has been forwarded to court.

Further investigation by police was underway to ascertain the involvement of others in the racket.