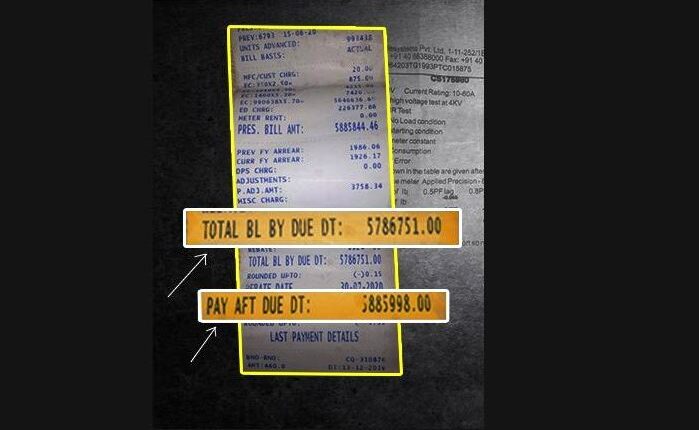 Prasanna Nayak and his wife, both visually impaired, reside at Panchagaon under Airfield police limits in the city. As per reports, he had received a bill of Rs 18,845 for the month of September, last year. After the intervention of the concerned authorities, he had to pay a rebated bill of Rs 9,700.

As decided by the authorities, a new electricity meter was installed at his house in December, last year. However, billing was not carried out for the consumer since then till July.

A 7-month electricity bill amounting to around Rs 58 lakh, which was received by Prasanna yesterday, has taken the family by surprise.

“We are currently in no state to pay such a huge amount. We will lodge our grievances with the utility authorities. We will approach the Consumer Court if our grievances are not redressed,” said Ajay Nayak, brother of Prasanna.

COVID-19: All offices in this Odisha district shut for indefinite period