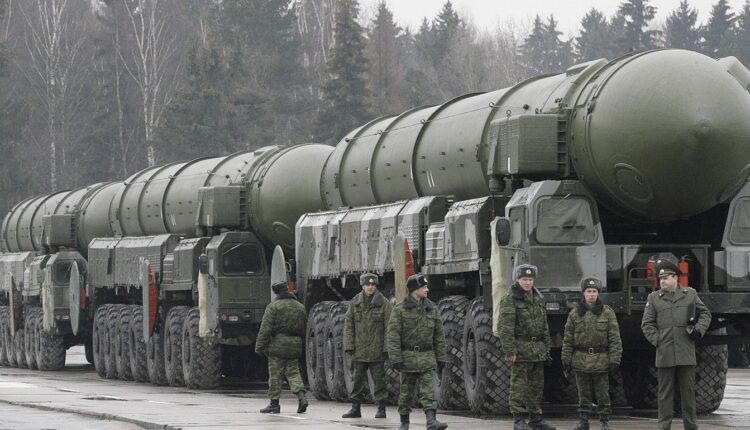 New Delhi: Russia has coined a four-point formula that would keep out NATO, the western military alliance, out of most of the territories that were once a part of the former Soviet Union.

Russian foreign minister Sergey Lavrov stressed on Tuesday during a video address to the Conference on Disarmament that Moscow was seeking legally binding security guarantees from NATO members. These security guarantees were of “fundamental importance” to ensure peace in the region.

“[Our] Western colleagues have not yet shown any willingness to provide Russia with long-term legally binding security guarantees… For us, achieving these objectives is of fundamental importance,” Lavrov asserted.

The minister pointed out that NATO must, first, abandon the “Bucharest formula” that the grouping had adopted during its 2008 Bucharest summit. The Bucharest formula envisions inclusion of Ukraine and Georgia in the US-led military bloc. “Western countries should refrain from establishing military facilities on the territory of former USSR states that are not members of the alliance, including the use of their infrastructure for conducting any military activity.”

Significantly, Lavrov implied that the Baltic states of Estonia, Latvia and Lithuania, which have already joined NATO, but were part of the USSR after World War II, are not on Moscow’s military radar.

Second, NATO must follow the NATO-Russia Founding Act of 1997 which froze the grouping’s military capabilities, including strike [capabilities], and NATO infrastructure to that year, Lavrov said.

Russian President has spelled out two other conditions for hostilities to end in Ukraine. Putin has made it plain that Ukraine must adopt a position of political “neutrality”, implying that Kiev should legally commit that it would not become a part of any military alliance. Besides, the Russians want that the Ukrainian establishment must undergo de-Nazification.

The Russian President was apparently referring to events of 2014 when neo-Nazis played a critical role in toppling an elected pro-Russian government following the Maidan Square “revolution”.

One such neo-Nazi group is the Azov Regiment. The unit is part of the National Guard of Ukraine, based in Mariupol, in the Azov Sea coastal region. All its members are contract combatants, drawn from 22 countries. These “volunteer battalions” have been engaged with much of the fighting against pro-Russian separatists in the Donbass region in eastern Ukraine.