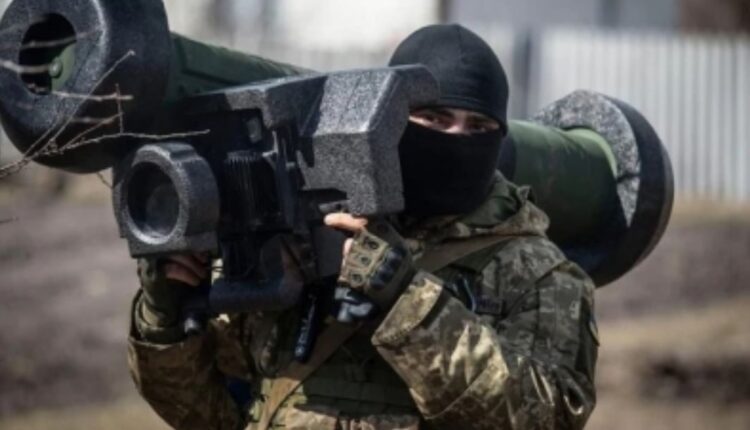 New Delhi: British media has confirmed the presence of its elite forces in Ukraine, saying that its instructors have been busy training the Ukrainian battalions on how to use the Next-Generation Light Anti-Tank Weapons (NLAWs), over 4000 of which have been supplied by the United Kingdom as part of its military aid to Kyiv till now.

Quoting Ukrainian commanders, The Times reported on Saturday that the British SAS troops have trained two local battalions stationed in and around the capital of Ukraine. The newspaper said that the military training from “serving British special forces” has been held over the last fortnight.

“Captain Yuriy Myronenko, whose battalion is stationed in Obolon on the northern outskirts of Kyiv, said that military trainers had come to instruct new and returning military recruits to use NLAWs, British-supplied anti-tank missiles that were delivered in February as the invasion was beginning,” the report mentioned.

The Special Air Service (SAS) units are an integrated part of the United Kingdom Special Forces (UKSF) group, operating in difficult and often changing circumstances at the strategic and operational level.

Earlier this week, IndiaNarrative.com had highlighted the observations made by Georges Malbrunot, a senior reporter for leading French daily Le Figaro, about highly-trained special forces from the United Kingdom and the United States stationed in Ukraine since Russia launched its ‘special military operation’ in the region on February 24.

As the UK Prime Minister Boris Johnson met Ukrainian President Volodymyr Zelenskyy in Kyiv on Saturday and pledged to stand by the people of the country, Georges Malbrunot, a senior reporter for Le Figaro, highlighted the presence of elite military units in the eastern European nation.

Quoting his French intelligence source, Malbrunot had said that the “elite SAS special forces units have been present in Ukraine since the beginning of the war, as have the American Deltas,” with the Russians knowing well “what the secret war is”.

While the UK has supported Ukraine since the 2014 Crimea conflict, training over 20,000 Ukrainian personnel, it started providing lethal aid to Kyiv only this year.

It includes over 4,000 NLAWs (a short-range, easy to use missile that strikes tanks from above) and Javelin anti-tank systems. The Boris Johnson government has also committed to sending Starstreak air defence systems and 6,000 new anti-tank and high explosive missiles. This is in addition to to a range of non-lethal aid including body armour, helmets, boots, ration packs, rangefinders and communications equipment.

On Wednesday, the Russian Foreign Ministry spokesperson Maria Zakharova had said that citizens of Ukraine are being used “as a typical colonial consumables” and the “awareness of the role of London” will someday be known to the entire world community.

Moscow alleged that the methods of suppressing the Donbass were “clearly taught by British instructors and political mentors” with the handwriting too recognizable.

“Judging by the data of our Ministry of Defence, the Kyiv regime, under the leadership of the British special services, highly experienced in their field, is preparing another false staged provocations to accuse the Armed Forces of the Russian Federation of allegedly cruel treatment of the population of the Sumy region of Ukraine,” said Zakharova.