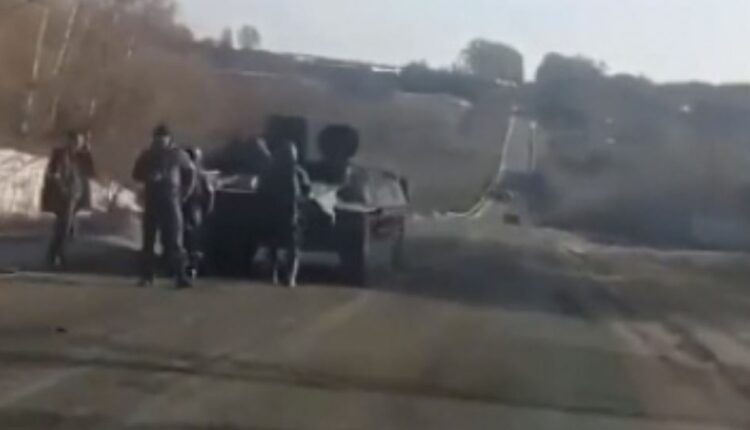 New Delhi: The Russian military said on Tuesday that it will carry out strikes against facilities in Ukraine capital Kyiv, warning civilians living in nearby areas to leave, CNN reported.

The Russians will target the Security Service of Ukraine (SBU) and the 72nd Main Centre for Information and Psychological Operations (PSO) in Kyiv, the Russian defence ministry said in a statement.

“In order to suppress information attacks against Russia, the technological facilities of the SBU and the 72nd main PSO centre in Kyiv will be hit with high-precision weapons,” the statement said.

“We call on Ukrainian citizens attracted by Ukrainian nationalists to carry out provocations against Russia, as well as residents of Kiev living near relay nodes to leave their homes,” it added.

A massive 40-mile long Russian military convoy — made up of armoured vehicles, tanks, towed artillery and other logistical vehicles — has reached the outskirts of Kiev, according to satellite images from Maxar Technologies, CNN reported.

Russia has repeatedly claimed it is not hitting civilian infrastructure in Ukraine. But social media videos, photos and satellite images analysed and geolocated by CNN confirm that on several occasions, densely populated areas have been hit by Russian forces.

In the past two days, accelerated strikes on the second-largest city of Kharkiv that have struck civilians suggest that Russia is shifting toward a far less-restrained bombing campaign, in contrast with its earlier attacks that were more focused on military targets.

Neem tree-based drugs may be beneficial in fighting against Covid variants: Study