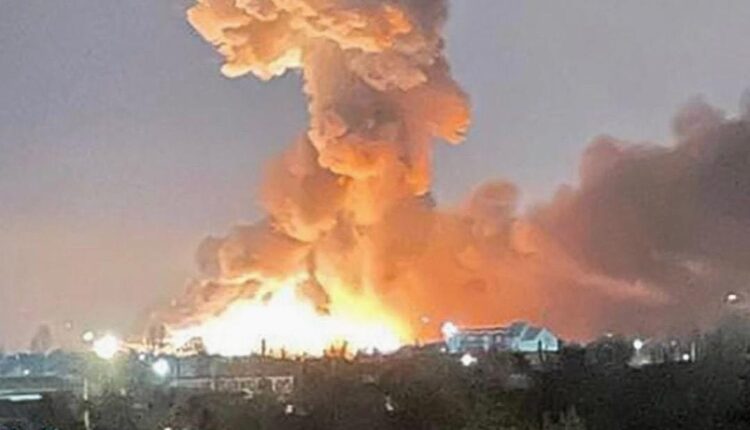 New Delhi: The Ukraine Air Force has claimed that Russian planes turned around above Ukraine, after which they struck the territory of Belarus.

According to the Air Force Command: “Russian planes entered the territory of Ukraine, turned over our towns of Horodychi and Tumeni, and then fired on the settlement of Kopani in Belarus.”

The Air Force added that currently the 9th Border Detachment is observing the occupation of the town of Kopani by enemy troops.

“This is a provocation! The goal is to involve the Armed Forces of the Republic of Belarus in the war with Ukraine!” the statement read, Ukrayinska Pravda reported.

The arrival of two planes from the neighbouring state was recorded by border guards at the Dubrovytsia section of the Rivne region.

According to the Ukrainian SBGS: “This attack on, and the enemy’s actions towards the towns of Belarus are a deliberate provocation to involve the Armed Forces of the Republic of Belarus in the war with Ukraine!”

Ukraine’s Minister of Defence, Oleksiy Reznikov, warned that the Russian Federation is planning to fire on Belarus from the territory of Ukraine to involve the country in the war.