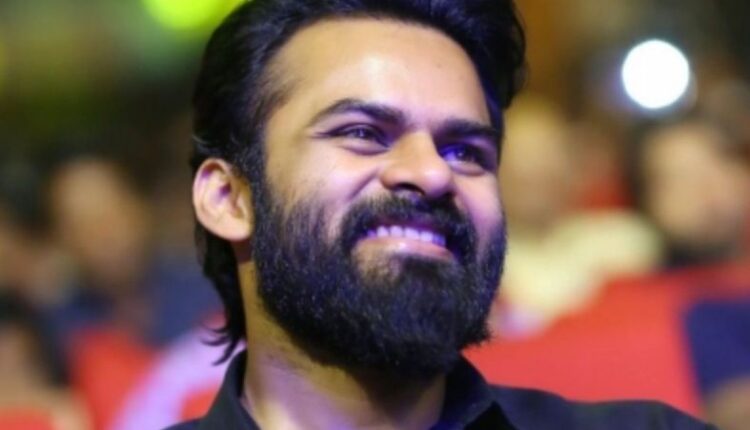 Hyderabad: Telugu megastar Chiranjeevi has confirmed that his nephew and actor Sai Dharam Tej, who has been hospitalised for more than a month now is to get discharged on Friday, on the auspicious day of Vijayadasami.

Sai Dharam Tej had met with a serious bike accident earlier. Sai Dharam celebrates his birthday on Friday, and co-incidentally is getting discharged from the hospital after a long stay there.

Chiranjeevi’s social media post suggests that Sai Dharam Tej has recovered quite well, and is to be discharged anytime now.

“Another specialty of this #VijayaDashami is IamSaiDharamTej is returning home after fully recovering from the accident, having had a miraculous escape, making us all happy & grateful! Nothing short of a Rebirth for him! Happy Birthday Dear Teju from Atha & PedaMama!Stay Blessed!”, Chiranjeevi’s post reads.

On September 10, Sai Dharam Tej was riding his bike in Hyderabad, when he met with an accident. The actor lost consciousness and was taken to the hospital immediately.

It was reported that the actor was in a coma for several days, but had responded to the treatment well.

Post his initial recovery, Sai Dharam underwent surgery for a collarbone fracture and was kept under vital observation.