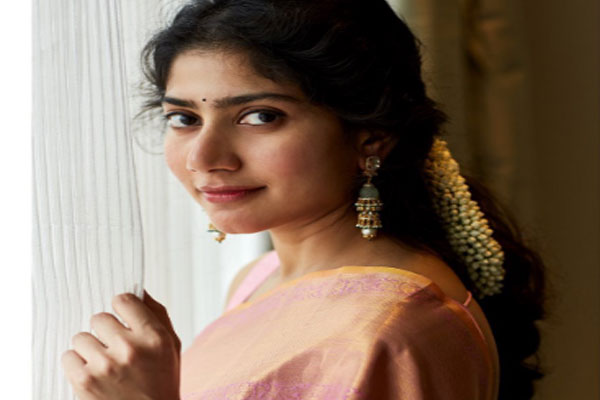 Hyderabad: The continued backlash over Sai Pallavi’s comments in an interview looks to be having a significant influence on her.

Sai Pallavi has had enough of the love and hate on social media and has decided to put an end to it.

The ‘Fidaa’ actress has clarified what she actually meant by releasing a video.

Sai Pallavi on Saturday created a video in which she clarified the situation and expressed her feelings. “This is the first time getting on live and clarifying something,” she remarked in her video.

“This is also the first time I’m hesitant to voice my feelings because I’m afraid my words may be misunderstood.”

“I was recently asked if I am a left or right supporter, and I responded unequivocally that I am neither. Before we identify ourselves with our views, I was aware that we should first be good human beings. I went on to expound on two of the points I made earlier, both of which had a significant impact on me and left me traumatised for days,” Sai Pallavi conveyed. “I must quote an incident, when I had a chance to speak to the director of ‘The Kashmir Files’, and expressed my dissatisfaction with the people’s suffering at the time. I said that I was traumatised for days together.”

“Being who I am, I would never minimise a tragedy such as the genocide and the generations of people who have been affected by it.”

Sai Pallavi later explained, “Having said that, I cannot forget the incident of a man being lynched, which obviously, had as much impact as the above incident on me”.

“I believe that violence in any form is unacceptable and that it is a big sin to commit it in the name of faith.

“This is all I had to say, but it was distressing to see so many people rationalising the mob lynching incident on the Internet. I don’t believe any of us has the authority to take another person’s life. As a medical graduate, I think that all lives are valuable and equal.”

Sai Pallavi went on to explain, “I pray the day never comes when a child is afraid of his or her own individuality. I hope we aren’t moving in that direction. I recall chanting ‘All Indians are my brothers and sisters’ when I was 14 years old, and it stuck with me for the rest of my life.”

“It was also quite disappointing to find that a number of well-known people and websites had carried a fragment from a previous interview without having seen the entire interview or the sincerity of what was stated,” Sai Pallavi expressed.

“I’d like to take this occasion to express my gratitude to those who stood by me when I was feeling so alone and uncertain, unsure of what wrong I had done. It was uplifting to see so many individuals speaking up in favour of me. They seemed to recognise me for who I am. ‘Happiness, peace, and love to you all’,” she said, as she ended the video.

Earlier, during her promotions for ‘Virata Parvam’, Sai Pallavi had stated that she views every inhumane act done in the name of religion as the same. But, the examples she had quoted in the interview, sparked much controversy. It appears that Sai Pallavi has clarified the situation, and the dispute may end now.

Can EVs be charged like mobiles? Two MIET students may have the answer