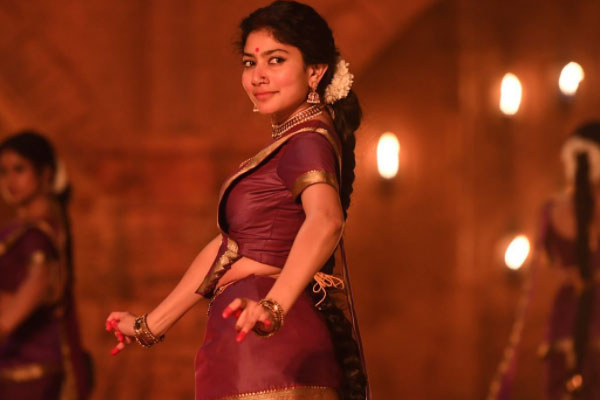 Hyderabad: Actress Sai Pallavi, who appeared in the role of Maitreyi aka Rosie, a devadasi from Bangladesh, in Nani-starrer ‘Shyam Singha Roy’ pens an emotional note thanking her team.

“Dear team, I’m not just thankful for the success of the film, but also for getting to watch you cinephiles (wish I could find a term more intense) in action. Thank you for the memories,” she captioned the photos.

Sai Pallavi’s pictures from the movie have now become viral, as her adorable poses have attracted the attention of her fans and followers on Instagram. Some of those pictures, Sai Pallavi credits to Neeraja Kona, her costume designer, who clicked those special pictures for her.

The ‘Premam’ actress also indicates that the movie ‘Shyam Singha Roy’ has clocked one month since the release in theaters. Both the actors, Nani and Sai Pallavi have been receiving heaps of praise for their roles in the film.Nani, on the other hand, played the titular role as a revolutionary writer based in West Bengal.

Now streaming on Netflix, ‘Shyam Singha Roy’ continues to garner much praise for the whole team. Directed by Rahul Sankrityan, the movie was released earlier during Christmas.

Unilever to fire thousands of employees globally this week