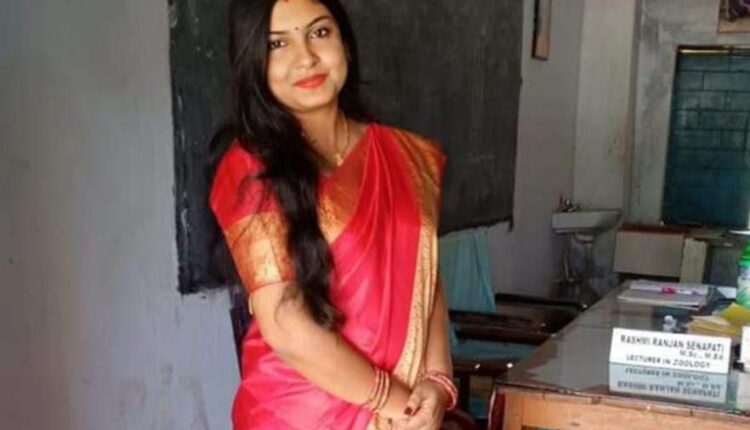 Bhubaneswar: Odisha Steel & Mines Minister Prafulla Kumar Mallik’s daughter-in-law Lipsa Pradhan has finally broken her silence on the allegation against her that she was withdrawing salary from Kamakhyanagar College in Dhenkanal district as a lecturer without attending office for two years from 2016 to 2018.

It was also alleged that Pradhan was pursuing her PhD at Utkal University in Bhubaneswar during the said period.

“The allegations are completely baseless. I started working at the college as a teacher in Zoology Department from August 1, 2011. Later, I gave interview for pre PhD at the Utkal University on 12.3.2016. The results were announced on 18.3.2016 and I got selected. On 29.3.2016, I took admission for the pre PhD at the university,” said Pradhan.

“However, I couldn’t complete the programme due to my child’s illness. I returned and continued taking classes at the college,” she said.

“As I am a contractual employee of the educational institution, I can receive salary while pursuing higher education, as per government’s guidelines,” she added.

As claimed by an RTI activist, Pradhan received salary regularly despite being on leave from 2016 to 2018. An RTI query from the varsity revealed that no such student has enrolled in the doctoral programme, the RTI activist further claimed.