Salman Khan opens up about marriage! 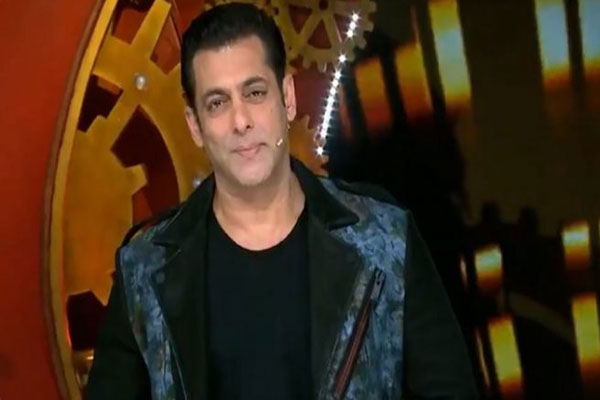 Bhubaneswar: Bollywood’s heartthrob Salman Khan, who is coming up with Dabangg3, has finally opened up about his marriage.

During the trailer launch of the upcoming movie in Mumbai, reporters asked him the most frequent question regarding his marriage. Salman was told that fans from North India are sending marriage proposals of their daughters for Chulbul Pandey. To this, Bhaijan playfully replied that Chulbul Pandey is already married and has a super sexy wife Rajjo.

But when a reported asked him as to what reply he would like to send to all those people sending the marriage proposals, the superstar said, “Salman Khan is available”.

Salman’s avatar as Chulbul Pandey has been immensely loved by the audience. After the success of  the first two installments of Dabangg franchise in 2010 and 2012, respectively, Dabangg3, a Prabhudeva directorial, is all set to hit theatres on December 20 this year.

In the trailer, Salman as Chulbul Pandey can be seen romancing with his Rajjo (Sonakshi Sinha) and debutant Saiee Manjrekar (daughter of Mahesh Manjrekar) and fighting with Sudeep Kiccha.

Gold, silver sales up by 20% in Odisha on Dhanteras