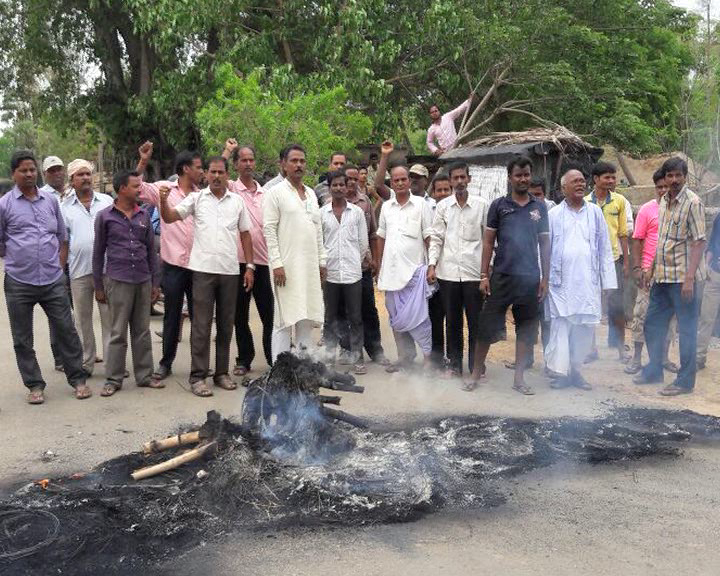 Worth mentioning, Swain was allegedly attacked by unidentified miscreants last night and found in an unconscious state. He sustained grievous injuries in the attack and died on the way to SCB Medical College and Hospital in Cuttack.

Reacting over the incident, locals today gheraoed the Erasama police station and demanded immediate arrest of the accused. They damaged two police vehicles and blocked the main road by burning tyres besides vandalizing the Erasama CHC.

According to sources, Swain had gone to Panchayat Samiti meeting last evening but didn’t return home. His family members searched for him and found him lying in an unconscious state under a bridge near Ambiki Road here. He was rushed to Erasama CHC but later shifted to SCB Medical College and Hospital as his condition deteriorated. However, he took his last breath on the way to the hospital.

The irate locals alleged that they had informed the IIC of Erasama police station regarding the incident last night but he paid no heed to it, for which they demanded transfer of the official.

According to sources, Swain had gone to the meeting to solve a land dispute. Locals have claimed that persons belonging to the aggrieved party of the land dispute might have attacked Swain leading to his death.

Though the locals demanded immediate arrest of the accused, police said any arrest can be made only after an investigation into the incident.

As per latest reports, Jagatsinghpur SP reached the spot and held discussions with the locals, following which situation returned to normalcy.