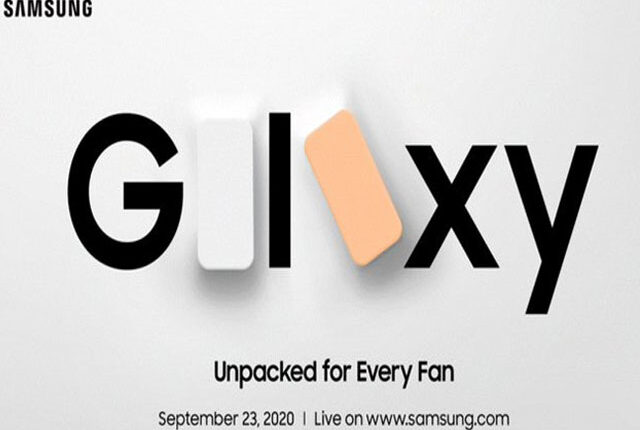 New Delhi:  South Korean tech giant Samsung on Monday announced it is hosting another ‘Galaxy Unpacked event on September 23 which will be its third launch event in less than two months.

The company did not reveal which device will be introduced but industry insiders expect Samsung will showcase a Galaxy S20 Fan Edition (FE).

“Join us on September 23 for a Galaxy Unpacked for Every Fan event. The event will be available at Samsung Newsroom, Samsung.com at 10 am ET,” the company said in a statement.

In terms of specifications, the Galaxy S20 Fan Edition may sport a 6.4-inch 1080p display that supports 120Hz refresh rate, Snapdragon 865 chipset, support for 5G, up to 8GB RAM, and up to 512GB of internal storage.

It is likely to have a triple camera setup on the back.

Samsung may also announce its long-delayed Galaxy Home speaker at the event.

The company first unveiled its smart speaker powered by its Bixby digital assistant called the “Galaxy Home” in 2018 but the original Galaxy Home still hasn’t gone on sale yet.

Ayushmann turns 36, says he will ‘train really hard’ on birthday

Samsung Galaxy A72 a fresh breeze in mid-range premium…