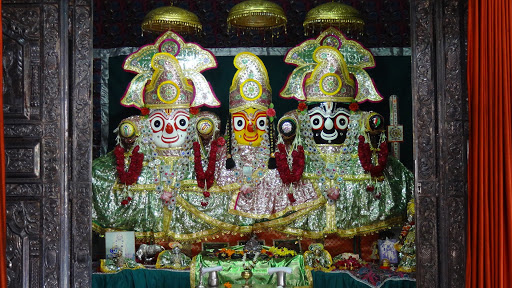 Gandhinagar: The priest of the Saraspur temple, Mahant Laxmandasji Maharaj, on Saturday said it would be inauspicious if the ‘Rath Yatra’ was not held this year. He had earlier threatened to commit suicide if the Yatra was delayed.

“The entire Sadhu-Sant community will decide on the issue and if need be resort to agitation,” Mahant Laxmandasji Maharaj told IANS.

“I think that the government will allow the Yatra this year as cinema halls, multiplexes, malls and other commercial activities were allowed, so why not the ‘Rath Yatra’?” asked the Mahant.

Last year, the Mahant had threatened the Gujarat government that he would commit suicide within two days if the ‘Rath Yatra’ was not allowed.

Meanwhile, preparations for the 144th procession are in full swing. The repairing and repainting work of the wooden chariot used for the procession has begun. Due to the uncertainty of the procession taking place, the work has commenced late compared to previous years.

“Every year the procession begins right after the ‘Jal Yatra’ ceremony. This year it resumed late but there is no requirement for repainting the chariot as in 2020 the procession didn’t take place owing to Covid-19 pandemic. So only a little bit of oiling in the wooden wheels and some paintwork needs to be done,” said a worker associated with the procession.

During its 143-year-old history, the Lord Jagannath Rath Yatra has been held with a large procession to its maternal Saraspur temple from its current place, the Jagannath temple at Jamalpur, passing through most parts of the old city of Ahmedabad.

Ishant Sharma gets stitches on fingers following injury; will be fit before Test series against England