Sarkozy to face trial for spend fraud in 2012 campaign 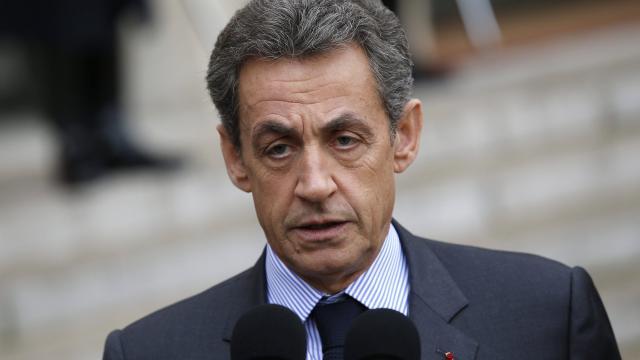 Former French President Nicolas Sarkozy is to face trial for the alleged irregular financing of his 2012 presidential campaign, the media reported on Tuesday.

Sarkozy is to appear in court along with 13 others, said the “France Info” broadcaster, citing court sources.

The case was originally opened in 2014 when a media investigation found that Sarkozy had surpassed the 22.5 million euro ($24 million) spending cap on his presidential campaign for an election he lost to Socialist Party candidate Francois Hollande, the incumbent President.

Prosecutors accused Sarkozy and members of his Union for a Popular Movement (UMP) party of having conspired with communications company Bygmalion to cover up the overspend with false invoices, Efe news reported.

The allegations against Sarkozy suggested that the former head of state breached the campaign spending limit by some $15 million.

Rather than invoicing the presidential campaign, the Bygmalion firm allegedly charged those extra expenses to Sarkozy’s centre-right UMP, since re-branded as the Republicans, thus bypassing French electoral law.

In France, the case is popularly referred to as the Bygmalion affair.

Sarkozy was fined by the Constitutional Court for his role in the Bygmalion affair and he has since paid back the entire sum of the overspend after a successful donation campaign led by party members and supporters.

The case was widely blamed for his poor showing in the 2016 centre-right presidential primaries when his comeback attempt was thwarted by two former Prime Ministers, Francois Fillon and Alain Juppé.

Sarkozy’s 2012 campaign manager Jérôme Lavrilleux and the head of Bygmalion, who has confessed to the accusations, are also due to stand trial.

Sarkozy’s lawyers may yet appeal the order. The centre-right politician would become the second former head of state to stand trial after tenure.

Jacques Chirac was handed a suspended prison sentence by a Paris court in 2011 for diverting public funds and abusing public confidence. (IANS)

Pakistan had to endure a ‘terrible’ relationship with US: PM Imran Khan