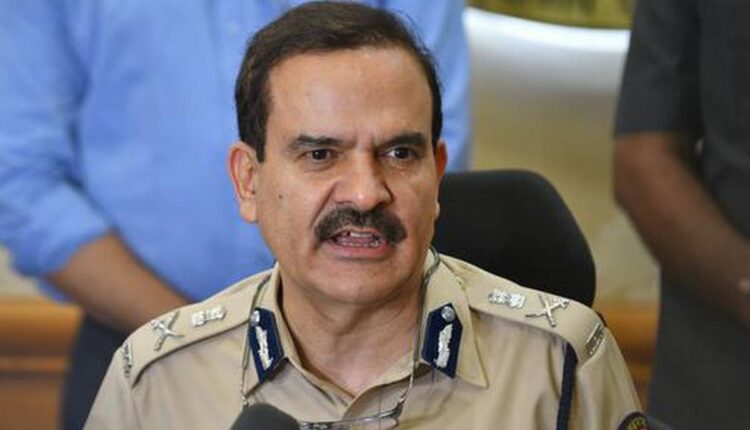 New Delhi: The Supreme Court on Monday granted protection from arrest to former Mumbai Police Commissioner Param Bir Singh in cases against him in Maharashtra, and directed him to join the investigation.

A bench headed by Justice Sanjay Kishan Kaul said: “Wonder what will happen to a common man. Matter has become curiouser and curiouser…first the home minister and then the police commissioner…”

Senior advocate Puneet Bali, representing Singh, told the top court that his client is very much in the country and added that the moment his client touches Maharashtra, there is threat to his life.

The bench told the lawyer that “if you say your client faces threat to life from the Mumbai Police, then what is the hope for other people.” Bali submitted that FIRs against his client were lodged by bookies, extortionists, etc., against whom he had taken action.

Bali urged the top court to allow Singh to appear before any officer of the court of the CBI. He emphasized that his client is in India, but apprehends action would be taken by the Maharashtra government against him, and the prayer before the Bombay High Court was to direct the matter to CBI.

After hearing detailed arguments, the top court said the only question to be examined is that the CBI is already looking into the matter and could the other aspects be entrusted to the CBI.

The bench added that the stand of the CBI and state government is not known, as the petition was decided preliminarily. “Notice issued to respondents, returnable on December 6…the petitioner shall join the investigation, but shall not be arrested,” said the top court.

On November 18, the Supreme Court asked Singh’s counsel to disclose which part of the world or the country he is in, and without these details, the court would not entertain his plea seeking protection.

The top court had told Bali, representing Singh, “where are you… within the country or outside. First, I want to know where are you.” Bali replied that his client’s whereabouts would be known to the counsel-on-record.

Justice Kaul sought a response from the counsel-on record, who replied that he is not aware about Singh’s current location. Bali submitted, “If I am allowed to breathe. I may come out of the hole…” Dissatisfied with the answer, the bench had said that such actions lead to lack of confidence in the system, “you have not joined the investigation, no one knows where are you.” The top court had directed Singh’s counsel to disclose his location on Monday.

Multi-device beta: How to use WhatsApp on up to 4 devices without keeping phone connected