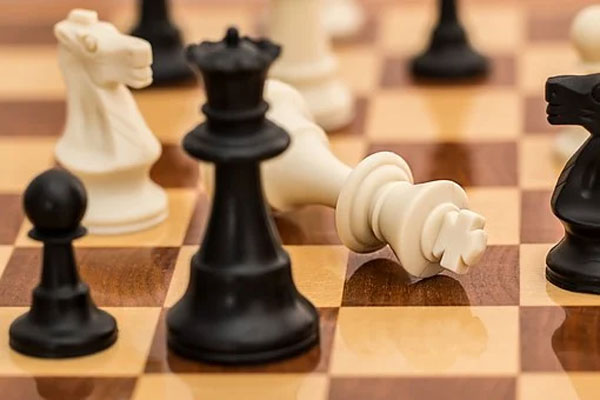 Chennai: The Supreme Court on Wednesday reinstated Bharat Singh Chauhan as the secretary of All India Chess Federation (AICF) for an uninterrupted period till August 15, 2022, said the counsel for the Indian chess federation.

“The Supreme Court has reinstated Chauhan as the AICF secretary. Chauhan had appealed against the Delhi High Court’s order that unseated him. The apex court had said the High Court decision was taken in a haste and opportunity was not given to AICF and the Indian Government to present their case,” Sanjay Chadha, counsel for AICF said.

He said AICF was the second respondent while the president of FIDE’s Asian Zone 3.7, RN Dongre was the first respondent and the Government of India was the third respondent in the petition filed by Chauhan in the Supreme Court.

Chadha added the apex court also said Dongre had filed the case in the Delhi High Court about one-and-a-half years after the AICF elections were held.

Further the Ministry of Youth Affairs and Sports, Department of Sports had told the apex court that Dongre was not eligible to contest the elections, Chadha added.

The Supreme Court also took into account the upcoming 44th Chess Olympiad to be held at Mahabalipuram in Tamil Nadu between July 28 and August 10, he added.

The Delhi High Court recently stayed the election of Chauhan as the AICF secretary as he did not get the two-thirds votes in last year’s election.

Chauhan is the Olympiad tournament director.

According to Dongre, as per the National Sports Code, no person can hold the post of president/secretary/treasurer continuously for more than two terms. Further, for re-election, an office-bearer shall only be deemed to have been elected if he/she secures a majority of not less than 2/3rd of the members of the National Federation concerned.

Dongre contended that Chauhan has been running the AICF for the past 17 years.

While contesting for re-election as AICF secretary for 2020/2023, Chauhan got 35 votes which is not two-thirds of the total votes polled. On the other hand, Dongre got 29 votes.

Further, the representative of the Central Government did not join the election process, Dongre said.

Dongre had filed the case against the Ministry of Youth Affairs and Sports, the Department of Sports, the AICF and Chauhan.

Meanwhile, the supporters of Chauhan on hearing of his reinstatement erupted in joy and distributed sweets and are passing congratulatory messages to him.