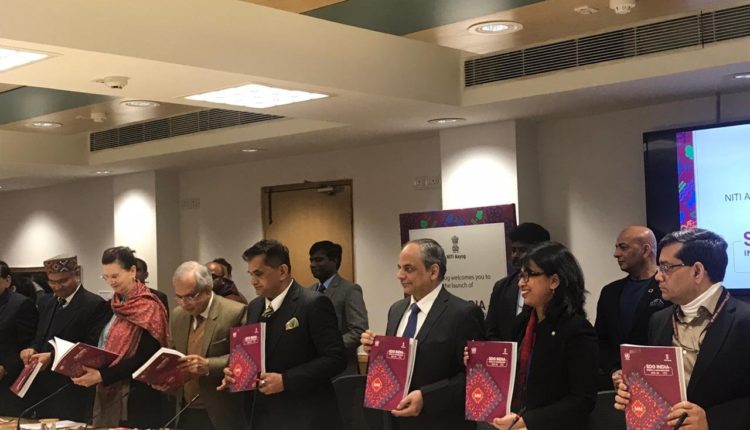 Bhubaneswar: The SDG India Index-2019, which was released by NITI Aayog today, has placed Odisha at the second spot in ‘Fastest Movers’ category.

Worth mentioning, the significant improvement in goal 6 is largely driven by the success of the Swachh Bharat Abhiyan in eliminating open defecation. Improvement in goal 7 can be credited to the extensive coverage of LPG for households and saturation of electricity connections. The progress recorded under goal 9 can be largely attributed to the improvement in rural road coverage, and higher mobile and internet penetration.

The report also revealed that Odisha has highest coverage in ‘maternity benefits’ in the country with 72.6 percent of eligible beneficiaries receiving it. Among all states, Odisha saved the highest amount of CO2 (5.4 MtCO2) through distribution of low-cost LED bulbs under the UJALA scheme, it said.

However, Odisha has lowest coverage of households using clean cooking fuel as the figure stands at 32.6 percent, the report said.