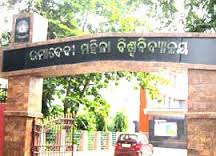 Bhubaneswar: The second campus of Rama Devi Women’s University will be set up at Gothapatna, on the outskirts of Bhubaneswar.

The Minister confirmed it while inaugurating a new hostel of Rama Devi varsity in the state capital.

The State government will provide around 30-acre land at Gothapatna for the second campus of the women’s university.

Earlier, the State government had decided to establish the second campus of the Women’s University on the premises of Utkal University. However, the proposal did not go down well with students of Utkal varsity who staged protests demanding immediate rollback of the decision.

Prior to this, the government had selected a piece of land in Daspur but dropped the plan after the location was deemed too remote.