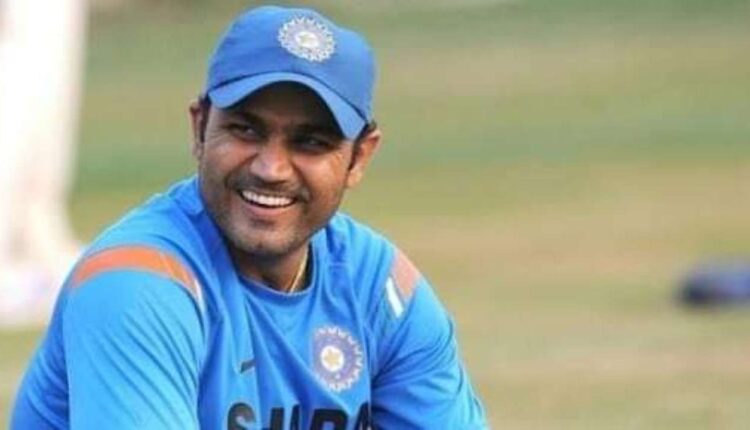 New Delhi: After the “Mankad” method was removed from the list under unfair play in new laws approved by the Marylebone Cricket Club (MCC) on Wednesday, former Indian cricketer Virender Sehwag is among the list of people supporting the decision.

Sehwag also made a hilarious tweet including Ravichandran Ashwin and Jos Buttler – the two players who were involved in an infamous instance of the “Mankading” in IPL.

The infamous incident involving two of the most exciting players in the current generation took place during IPL 2019 when Rajasthan Royals’ Buttler, batting on 69, trudged outside the bowling crease even before Ashwin, playing for erstwhile King XI Punjab, delivered the ball. The off-spinner dislodged the bails in his stride and the batter was given out. Since then, the legitimacy of this mode of dismissal has been questioned under the ‘spirit’ of cricket’.

So, Ashwin and Buttler will share the same locker room in the 2022 edition of the IPL and Sehwag made a hilarious tweet, while tagging the off-spinner.

Notably, the “Mankad” dismissal involves a bowler choosing to whip off the bails when a non-striker steps out of the crease instead of completing his delivery to the batter on strike. The MCC on Wednesday said that although the wording of the law would remain the same, it would move from Law 41 (Unfair play) to Law 38 (Run out).

Maternity hospital in Ukraine destroyed in shelling by Russia