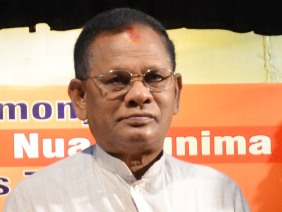 Bhubaneswar: Biju Janata Dal (BJD) Raygada district president and former Minister Lal Bihari Himirika has been admitted to a private hospital  in Visakhapatnam and his condition is stated to be critical.

Sources close to the BJD leader said,  Himrika was first admitted to Rayagada district headquarters hospital (DHH) yesterday after he complained of uneasiness for two days. He was diagnosed with fever, high blood pressure and diabetes at the hospital. However, his condition further deteriorated.