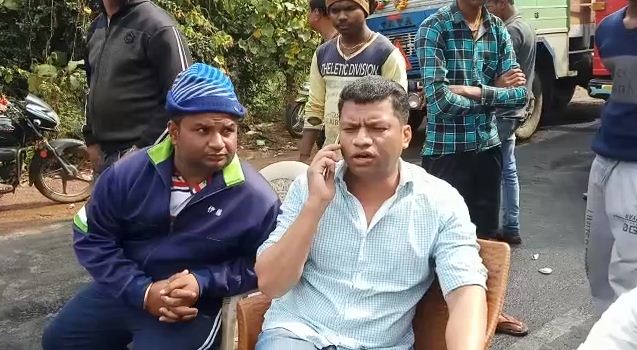 Nabarangpur: Troubles mounted for senior Odisha Congress leader Pradeep Majhi after the Nabarangpur police registered a suo-motu case against him for instigating violence during a protest at Kosagumuda in the district yesterday.

In reaction, Majhi said, “We don’t panic during any kind of unfavourable situation. Whoever raises questions against misgovernance, It is policy of the Home Department to muzzle the voices.”

Yesterday, Congress members led by Majhi observed a 12-hour bandh in Nabarangpur district alleging police inaction in the alleged rape and murder of a minor girl in Kosagumuda area on December 14. During the protest, the former MP was caught on camera instigating party workers for violence. In the video, Majhi can be seen telling protesters over phone to keep diesel and petrol ready and set everything afire.

“Keep diesel and petrol ready… set everything on fire once you get direction,” said Majhi while speaking to a protester over mobile phone. Later, a car was set on fire at Ambedkar Chhak here.