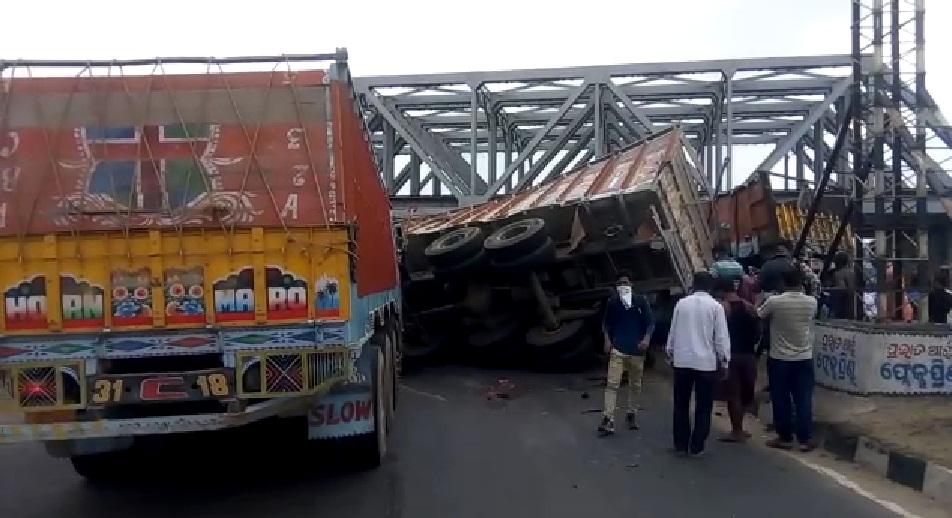 The mishap took place around 6.30 am while checking of vehicles was being conducted by RTO officials. A speeding truck initially ran over a van of the officials killing Home Guard Akshaya Upadra and the truck driver on the spot.

Soon, three other trucks hit each other from rear leaving two persons grievously injured. They have been admitted to the Bhadrak district headquarters hospital for treatment.