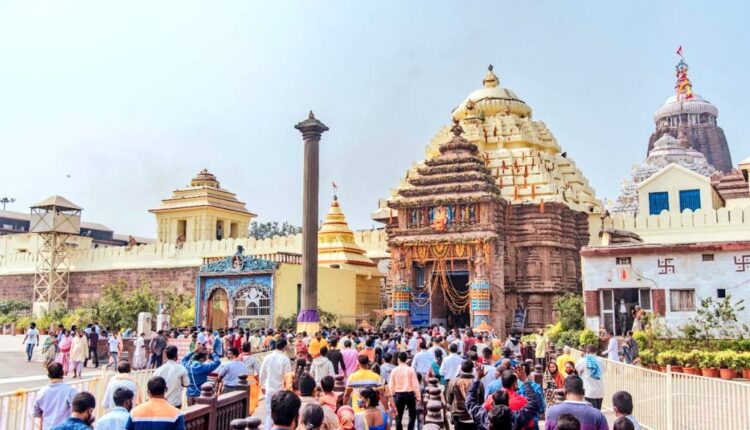 Bhubaneswar: Amid political uproar in Odisha over the legality of the Heritage Corridor Project of the Shree Jagannath Temple in Puri, several servitors of the temple have moved the Orissa High Court seeking early completion of the project.

Odisha Government, Archaeological Survey of India, Chief Administrator of the Shree Jagannath Temple Administration and Puri Collector have been made parties in the petition.

The petitioners have urged the court to “direct the State to complete the Puri Parikrama project as expeditiously as possible”.

They also urged the court to “direct the Archaeological Survey of India to permit and co-operate with the State authorities to complete the Puri Parikrama project as expeditiously as possible”.

The petitioners said in the PIL that the project is being carried out by the state government for betterment of experience of the pilgrims and tourists who visit the shrine.

“Under the project, the State Government is establishing various amenities for Sevayats and pilgrims such as cloak rooms, pavilions, male and female toilets, separate Sevayat toilets, etc. These works are for improvement of the conditions of the temple, the lives of the Sevayats, and the experience of the pilgrims who flock from all over the world,” they said in the petition.

Notably, on May 9, the ASI had informed the Orissa High Court that no valid permission was given for the heritage corridor project being constructed around the Shree Jagannath Temple.

The ASI also said that the drawing and structural designs included in the revised detailed project report (DPR) are different from the one presented to the National Monument Authority (NMA).

Besides, there is every possibility that the construction agency OBCC during the excavation and removal of the earth might have destroyed the archaeological remains of the heritage site, the ASI affidavit said.