Shame! Minor girl ‘raped’ for 5 days after abduction by aunt in Odisha 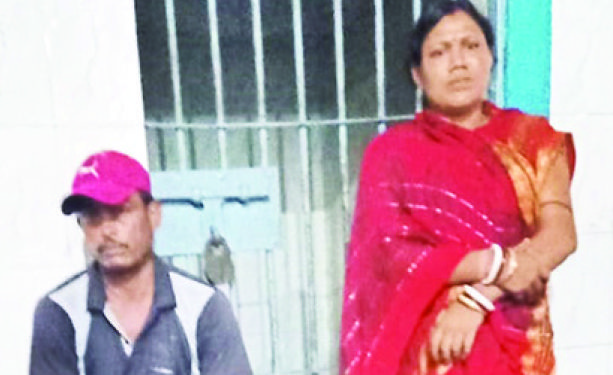 Kendrapara: A minor girl was allegedly raped for five days after being abducted by her aunt from her village in Odisha’s Kendrapara district.

The victim was rescued by locals from a closed room in Balasore district. Two persons, both the accused identified as Dhruv Charan Singh of Jhadakata village under Dhamra Marine Police limits in Bhadrak district as well as the woman said to be the girl’s aunt involved in kidnapping, were detained for interrogation.

According to reports, the accused woman abducted the minor girl on the pretext of taking her to a market under Talchua Marine Police limits at around 8.00 am on June 30. On the way to the market at Tarini Chhak, the woman had offered the girl a chocolate that had some intoxicating substance. Taking advantage of the situation, she along with her niece reached Karnali area from where the accused Dhruv took the duo on his bike to Motiganj area in Balasore town. The trio was staying at a rented room there.

The matter came to fore on July 4 when another woman namely Sabitarani, wife of Sanjay Kumar Dey of Motiganj area, heard screams of the minor girl from a closed room of the rented house while she was playing with her little boy. When she rushed to the house found the girl shouting for help from a window and a woman along with a person assaulting her inside the room following which she fell unconscious.

Without making delay, Sabitarani called the locals for helping the victim. They entered into the house by breaking the door and windows and rescued the girl, who was lying unconscious. The locals managed to capture the victim’s aunt and the rape accused and handed them over to the Balasore Town police.

A case has been registered at Talchua Marine Police Station based on the complaint by the victim’s family.

The girl was escorted to Balasore after abduction. She was rescued from there, said Kendrapara SDPO Ranjan Kumar Dey.

However, the victim alleged the accused of raping her twice and forcing to engaged her in flesh trade. Her family alleged that she was repeatedly raped for five days.