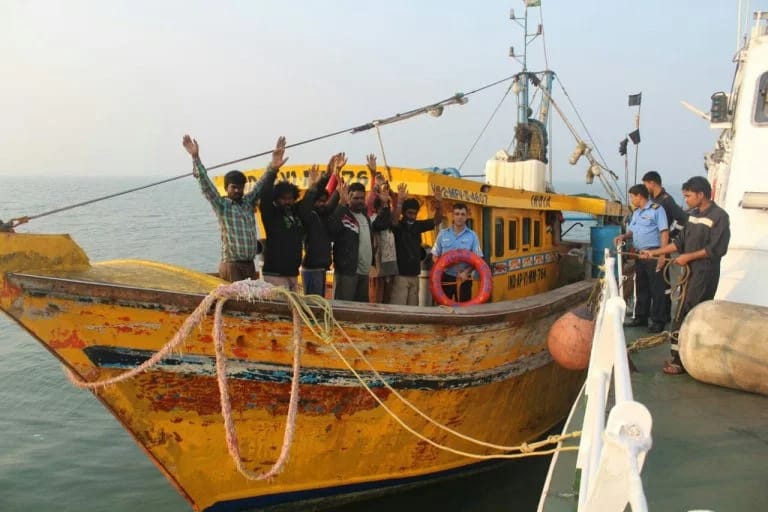 Kendrapara: Seven fishermen apprehended by the Indian Coast Guard on Jan 21 for allegedly poaching endangered sharks in a prohibited area near Gahiramatha Marine Sanctuary here in the district off Odisha coast, were sent to jail today.

The fishermen accused of illegal fishing in the prohibited area were booked under the provisions of the Wild Life (Protection) Act, 1972.

The Indian Coast Guard ship C-426 had apprehended a trawler IFB Narasimhulu bearing Reg No. IND-AP-VI-MM-764 that had seven crew including master between Gahirmatha Bio-reserve and Paradip on Jan 21 during patrolling, said a release.

The Coast Guard personnel found more than 250 protected species of sharks in the vessel storages.

It has been found that the trawler was carrying the protected species of Bull Shark, Spot Tail Shark, Hammer Head Shark and other endangered species falling under schedule I, the release said.

The trawler was later handed over to the forest department for further investigation into the incident.

It is suspected that the arrested persons were running an export racket as the trade in shark fins (removing the fins while the shark is alive), which are in high demand for culinary use in many countries.