Shilpa Shetty is ‘amazed’ with bonding between her kids [watch] 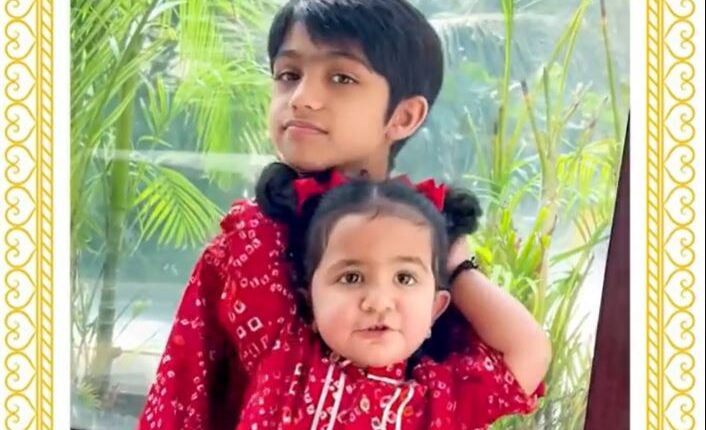 At a time when the country is celebrating Bhai Dooj and girl and women praying for long life of their brothers, the video of Viaan-Raj and sister Samisha has received lots of heart emojis on the social media.

Shilpa’s video showed the bonding between siblings which could not be explained in words. The two munchkins of the actress could be seen in the video wearing similar type of kurta-pyjama.

Sharing the video of Samisha and brother Viaan-Raj, Shilpa captioned, “The bond between siblings can never be explained, but it always leaves me amazed! *𝒕𝒐𝒖𝒄𝒉𝒘𝒐𝒐𝒅*”

The actress also wrote, “A very Happy Bhai Dooj to all of you, from Samisha and her Paaji, Viaan-Raj!”

Alongside actors Abhimanyu Dassani and Shirley Setia, Shilpa will soon be seen in the upcoming film ‘Nikamma’. Also, she will be seen judging the TV reality show ‘India’s Got Talent Season 9’. She was last seen in ‘Hungama 2’.