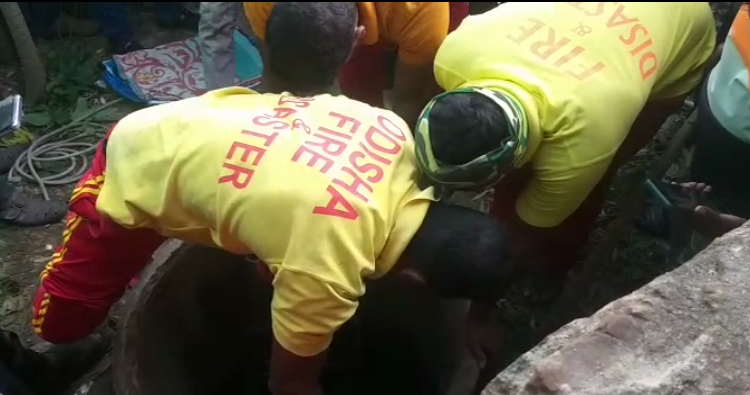 Kendrapara: In a shocking incident, woman allegedly killed her 2-year-old baby boy at Kanpur village under Marshaghai police limits here in the district.

The fire services personnel recovered the body from a well near the house.

Reportedly, the woman confessed to crime before the family and police.

According to reports, the woman threw her toddler into a well close to their house late on Sunday night.

“She was suffering from mental illness. She had complained of chest pain for not able to breastfeed her baby. Out of pain, she wanted to abandon her child and move to her father’s house. Recently, she had fled with her brother-in-law to her father’s house. Yesterday, everything was normal at home. The incident took place between 12.30 am and 2.30 am. Initially, she alleged others of killing her child. Later, she admitted that she threw the baby into the well,” said deceased baby’s father.

On receiving the information, a team of fire services personnel and Marshaghai Police reached the house and recovered the body of the toddler from the well.

The police detained the accused woman for interrogation into the incident.

Most Omicron cases in Odisha are asymptomatic: Top Official